Alonso was running around 10th place at the entry to the first corner when Kvyat locked up and tipped him into a spin.

The McLaren of Alonso then collected Max Verstappen's Red Bull, resulting in damage that put both out of the race.

Kvyat was given a drivethrough penalty for causing the collision.

"I think so, yes," said Alonso when asked if he felt Kvyat had made a basic error.

"Obviously, we know at the start it is tricky from the middle of the pack, but in the first metres of the race it isn't necessary to gain those extra metres.

"They guys behind, they need to prove [themselves] sometimes, their seats and their futures.

"They risk a little bit too much."

Alonso also felt the drivethrough penalty was lenient given that Kvyat's error put him and Verstappen out of the race.

"Obviously, it was the first corner and the people behind arrived a little bit too fast, they destroyed our race," said Alonso.

"We are here talking to you and not in the race car, so a drivethrough is probably a little bit of a small penalty." 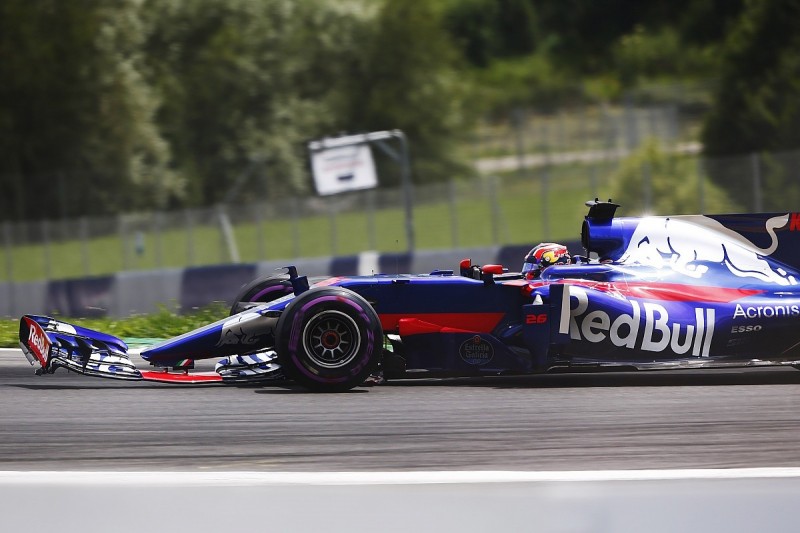 Kvyat, who finished the race 16th and last, claims the collision was the result of Fernando Alonso having to brake early because of congestion ahead.

"I didn't see too much what was happening in front of me, I think Verstappen had a problem too, so Alonso reacted to that," said Kvyat.

"So he say it, I didn't see it, he took a step back and, on the other hand, I braked where my references were and I saw that Fernando took his margins.

"Trying to correct it, the wheels were locked [and] then you are just hoping for the best at that stage.

"And the collision happened, simple as that."