Fernando Alonso feels that Formula 1’s British-centric views are the cause of drivers like him and Max Verstappen being portrayed as the 'bad guys'.

In the wake of an incredibly tight title battle between Lewis Hamilton and Verstappen, emotions from fans on both sides reached fever pitch after their British Grand Prix collision.

And, as focus on the Silverstone crash refused to die down in Hungary last weekend, Verstappen eventually lost his temper in the post-qualifying press conference when he objected to ‘ridiculous’ questions about the chances of another clash.

Alonso then prompted some intrigue when he was asked if he had any sympathy over Verstappen’s outburst for being on the receiving end of repeated probing.

“I didn't see the press conference,” he said. “But I feel probably what they are experiencing now. Especially Max, because he's the younger guy fighting with a legend, with a champion. He's not British, so it will be always more difficult for him.”

Having originally not elaborated on his comment, Alonso was later pushed to clarify exactly what he meant by his ‘not British’ remark.

And the Spaniard explained that he felt the UK domination of the series – with seven of teams being British-based – had left F1 biased towards home nation drivers. 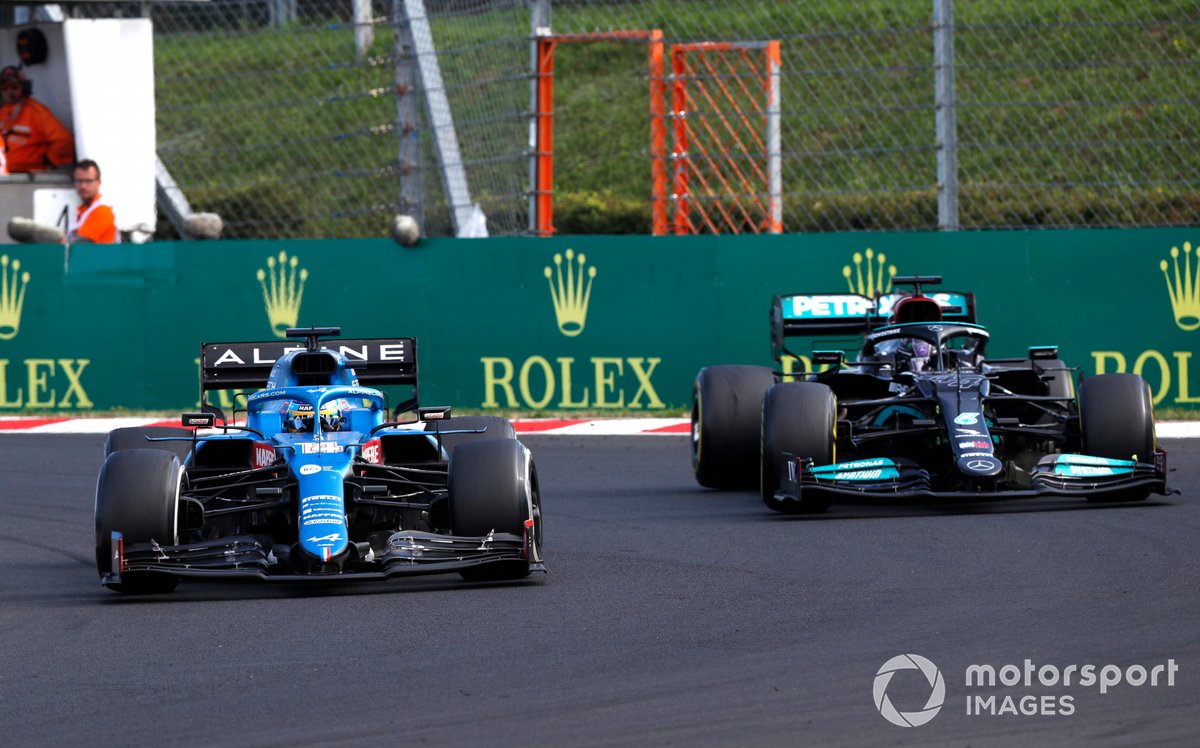 “I have the impression always that when things become a little bit spicy or tense in the title fight... this sport is a British environment,” he said.

“All the teams, they are British. Most of you guys, journalists or the media attention, and TV crews, every one comes from the UK.

“Understandably, there is a little bit of preference of your guy in your country who can be competitive and keeps winning.

“Always what I felt when I was racing, it seemed like I was the bad guy in Formula 1 when I was trying to fight against normally British guys.

“When I saw the Silverstone thing, when I see what Verstappen gets with some questions, I understand his position for sure.”

While Alonso’s two F1 world championship successes in 2005 and 2006 came after close title fights with Ferrari’s Michael Schumacher, his most intense campaign was in 2007 when he fought for the crown during a controversial campaign at McLaren alongside Lewis Hamilton.