Fernando Alonso says his "anger" over struggling in qualifying led to his charge through the Formula 1 field at Portimao to finish eighth for Alpine.

Alpine showed competitive pace throughout practice for the Portuguese Grand Prix, only for Alonso to slump to 13th in qualifying as team-mate Esteban Ocon took sixth place on the grid.

But the race saw Alonso battle his way up the order, making overtakes on Pierre Gasly, Daniel Ricciardo and Carlos Sainz Jr in the closing stages to cross the line in eighth, just one second behind Ocon.

It marked Alonso's first top-10 finish on track since returning to F1 at the start of the year, having inherited a point for P10 at Imola thanks to Kimi Raikkonen's post-race penalty.

Asked if the late charge through the field was a sign of the gladiatorial Alonso of old in F1, he replied: "I agree with that a little bit.

"I think in Bahrain, I was more careful on everything just to complete the first grand prix. At Imola I was so uncomfortable in the car with the conditions. I didn't feel good on the inters, the visibility. The qualifying was bad.

"So I think this is really the first race that I was extracting the maximum from the car. And yeah, I was upset after yesterday's qualifying. So today that anger was probably on track as well." 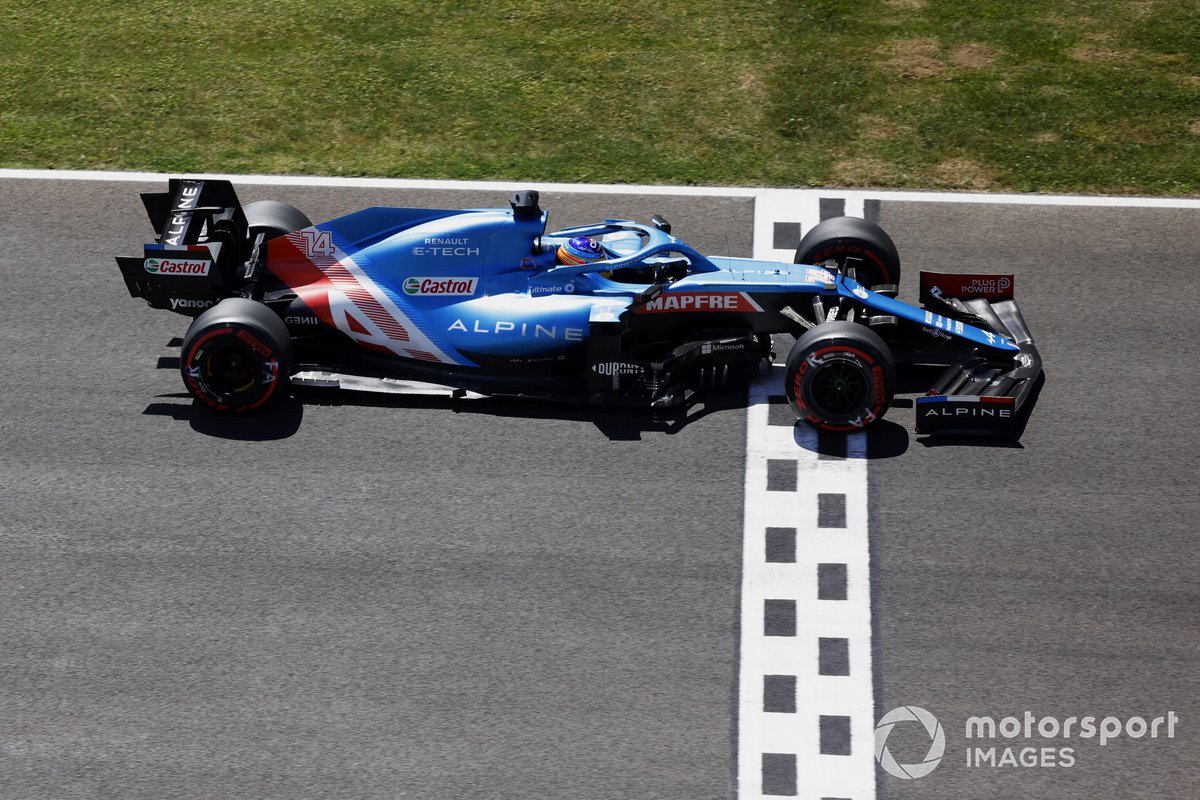 Alpine brought an updated floor for its A521 car to Portimao that allowed Ocon and Alonso to find more pace, as well as maximising the updates it previously debuted at Imola.

Alonso was encouraged that Alpine was able to fight with the upper-midfield runners such as Ferrari and McLaren in the race, but remained uncertain why his qualifying had been so poor.

"It was a good race, but generally it was a good weekend, not only the race," Alonso said.

"I felt the car was much more competitive here than in Imola and Bahrain. We were fighting with one McLaren, with one Ferrari, and AlphaTauri. Definitely we were in a group that we were not able to be in Imola or Bahrain, so that was a positive theme.

"We felt competitive already from FP1. We were fifth in FP2, we could have been third in FP3, so it remains a little bit of a mystery what happened yesterday in qualifying where I felt not comfortable.

"It was not the same grip as any other session, unfortunately, and that compromised a little bit my race.

"But yeah, overall I am very happy with the weekend in general, and just the performance of the car. I think it was a good Sunday for us as Alpine, the cars being competitive more than any other race so far this year."