Sauber's Formula 1 partnership with Alfa Romeo has made it "much more attractive" to sponsors and staff, according to team principal Frederic Vasseur

Though Alfa has retained a minor link to F1 through small sponsorship tie-ups with sister brand Ferrari in recent years, its Sauber deal marks its first major grand prix racing role since 1985.

Asked by Autosport to explain the benefits of the Alfa Romeo deal compared to the one Sauber has struck with Ferrari as an engine supplier and technical partner, Vasseur described it as "much more a partnership so far".

"We have to develop the collaboration," he said. "For us it's a very important step because it's an iconic brand.

"It was a bit tough in the past and when we did the announcement we received much more [interest] than the last 12 months.

"We have the feeling that the project is motivating the team. It's a big step forward."

Vasseur took charge of Sauber in the middle of last season and has been tasked with moving the Swiss team forward from the back of the grid. 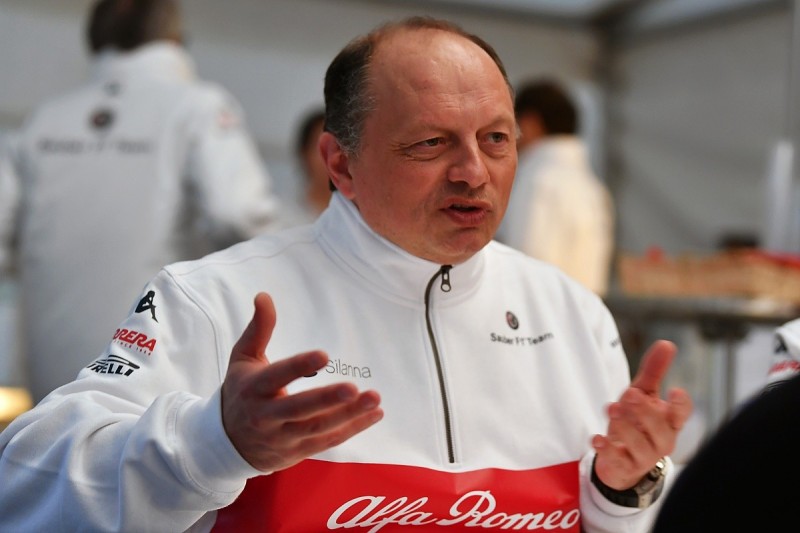 He said having positive influences like the Alfa deal would create a snowball effect and gradually allow the team to rebuild.

"If you want to have a look at three years - 2021, something like this - the target for us is to get back into the pace, and we are far away," he said. "But we were very far away last year.

"The first step is to catch up the field because that will get an extra motivation and also because with the comparison [to rival teams] you will go faster.

"If you have a look at the other projects that there were, Red Bull 10 years ago or Mercedes seven years ago, it took time for them to be able to fight for the championship and to win.

Vasseur said he was "realistic" and not expecting Alfa or Ferrari support to launch Sauber into contention for wins and podiums in the coming seasons.

"We are starting from the back and far away at the back," he said. "I know perfectly that it will take time to deliver and to improve.

"It can be the only philosophy of the development of the team."

Why F1 teams' nerves are at an all-time high