The 19-year-old finished fourth in the championship, and while many pundits are suggesting Red Bull is the team most likely to threaten the dominant Mercedes outfit with this year's aerodynamics overhaul, Verstappen feels the title might be out of reach for his son.

"There is a lot of talk that he will win the championship and so on," he told Dutch television channel Ziggo Sport.

"I do think that the gap to Mercedes has to become smaller.

"Max has more experience now, he knows the tracks. Last year he won one race.

"I just hope that he can win a couple of more this year. Three or four races would be very nice, and this is possible.

"The expectations are very high." 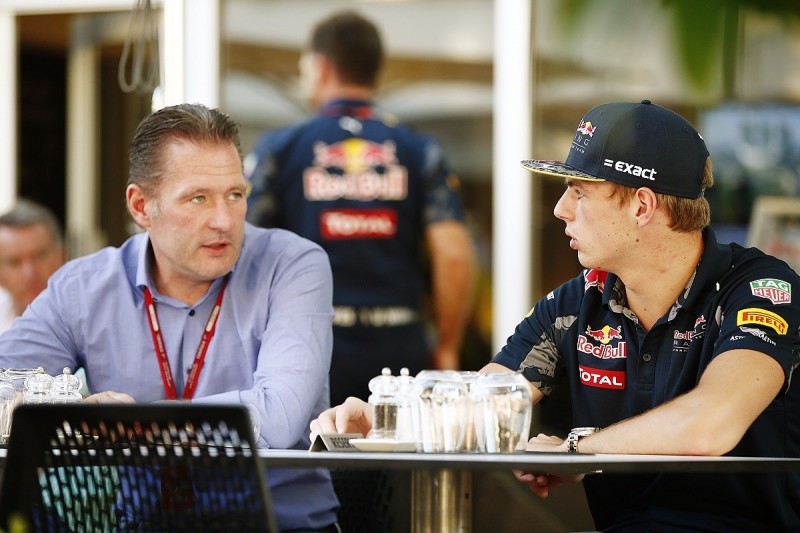 The ex-Benetton and Arrows racer said he is encouraged by what he is hearing out of the Red Bull camp about its RB13, which will be launched on Sunday.

Although the main question mark surrounds the progress that engine supplier Renault has made, Red Bull believes the French manufacturer has had "a big winter".

"We know from Max that he always goes for the maximum," Verstappen said.

"You're always dependent on the car, but I have a very good feeling about this as well.

"Red Bull has always been very strong in this area with new regulations. Aerodynamically there is a lot more possible.

"Based on the information we hear here and there, I have the feeling things are looking very good."