Vergne joined Ferrari as a test driver for the 2015 season, focusing on F1 simulator work before being made its official reserve for '16.

Ferrari has announced GP2 runner-up Antonio Giovinazzi as its third driver for 2017 and Vergne confirmed to Autosport he will instead focus on driving for the Techeetah Formula E team, where he also has a wider managerial remit.

The 26-year-old is understood to have a stake in Techeetah and has been key in building the team since it acquired Team Aguri's slot on the Formula E grid last summer.

"It's only this," Vergne said, when asked if he was continuing with Ferrari.

"It was clear from the beginning that I would not continue as reserve anymore this season.

"I still have a lot of contact with Ferrari and good relationships there but I'm not going to grands prix and filling the role I had.

"It was beneficial, when you're in a team such as Ferrari it's always beneficial in some ways.

"I'm part of that family and it's an amazing feeling." 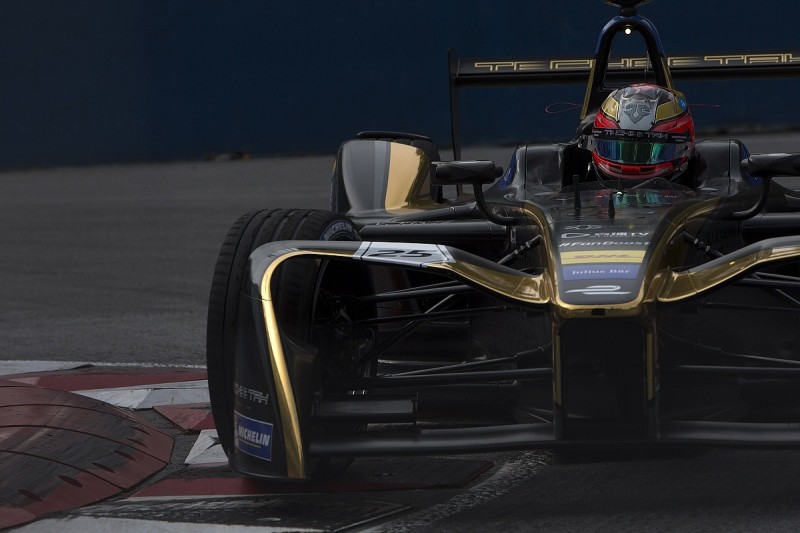 The owner of the Techeetah Formula E team is Chinese Media Capital (CMC), which has recently bought a stake in the series.

Vergne believes that it is the start of a long-term foundation for the Chinese interests to become a major force in Formula E.

"Since we started working on this project it has always been the plan to make it [the stake holding] happen," said Vergne.

"They are a big company and they have seen a very good opportunity to be in something which will grow and make a big splash."

Vergne has stated his interest in making his Le Mans 24 Hours debut this summer and is understood to be weighing up options in LMP2 and GTE Pro.

"We are still working on it and it is really at front of my mind more now," he said.

"I want to do Le Mans and some races in the WEC.

"I've got a few options but can't say anything in detail at the moment.

"It will be really interesting if I can do it this season."