AlphaTauri's Pierre Gasly is "surprised" he wasn't considered for a promotion back to the Red Bull Formula 1 team for 2021 following his Monza win, but insists he's "not disappointed".

It was announced earlier this week Gasly will remain with AlphaTauri for a second consecutive season in 2021 - he also raced with the team for five races in 2017 and all season in 2018 before his promotion to Red Bull for what turned about to be a difficult half season with the team alongside Max Verstappen last year.

After Gasly won the chaotic Italian Grand Prix last month, he said he was ready for a Red Bull return - after he had become just the second driver in AlphaTauri's history, as Toro Rosso and before that Minardi, to have won an F1 race - following Sebastian Vettel's triumph in the 2008 Monza race.

However, Red Bull boss Christian Horner explained recently Gasly was never under consideration for a return to the senior team.

When asked by Autosport if he was disappointed not to have been promoted back to Red Bull for next season, Gasly said: "I'm not disappointed, I will say I'm just surprised.

"In 14 years, Seb won a race with Toro Rosso, I'm the only other driver who won race. Seb got promoted to Red Bull and won four titles with the team.

"So I'm just surprised I was not really considered.

"I've had two podiums with Toro Rosso, I think this season is going alright and on my side the only thing I can do is try and put some strong performances to give to me opportunities in the future.

"It's the only thing I can do. Everything is sorted, I don't really want to think about this any more - I need to perform as much as I can for AlphaTauri - I'm happy to be here and I'm just focused on this weekend and trying to get the best result I can here. 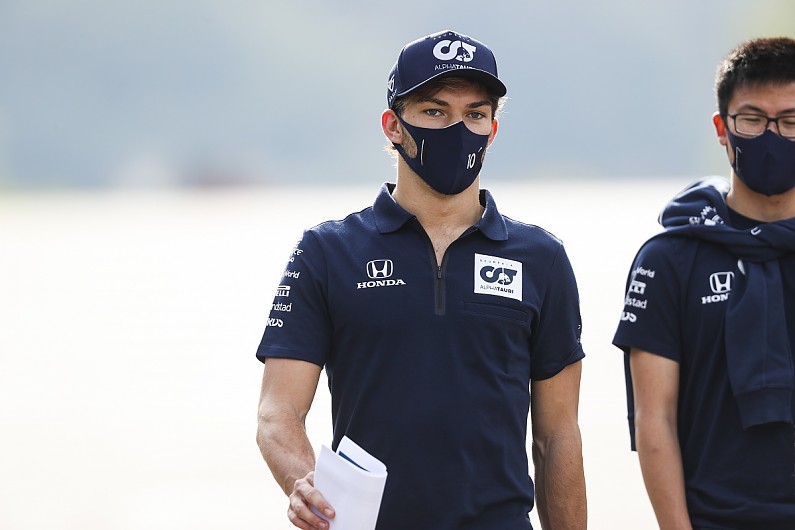 Regarding suggestions that something in his past was behind the decision not to bring him back to Red Bull, Gasly said: "I don't know".

When asked if Red Bull motorsport advisor Helmut Marko had explained the decision-making process behind the decision to keep him at AlphaTauri, Gasly said: "They have their strategy.

"It's up to them. If you want a better answer, it's better to ask them straightaway.

"But, from my side, it's been made clear to me I will continue already since quite a while with this team.

"I'm 24-years-old - obviously my goal is to fight at the front and one day to fight for a championship, but at the moment I just need to perform and do the best job I can in the team I am [in].

"I'm not disappointed I'm really happy to continue with AlphaTauri for another year. I'll keep doing my very best for this team."