Pierre Gasly will remain with AlphaTauri for the 2021 Formula 1 season after being formally named as part of the team's line-up for next year on Wednesday.

Gasly has been one of the stand-out drivers in F1 this year, scoring a shock maiden victory at the Italian Grand Prix in September, marking just the second win in AlphaTauri's history.

Gasly's performances led to suggestions that he could return to the senior Red Bull squad for next year - having been demoted after 12 races in 2019 - but the team made clear it was not planning to make a switch back.

Ahead of this weekend's Emilia Romagna Grand Prix at Imola, AlphaTauri announced that Gasly would be staying on for 2021.

"I'm extremely happy to continue with Scuderia AlphaTauri for another season," said Gasly.

"This year is going very well, and we are on track to have our most successful season in the team's history.

"I feel we have a very strong relationship, we have managed to take every opportunity that's come our way, the best one at the Italian Grand Prix.

"Winning my first Formula 1 race in Monza was a very special moment for me, and it was made extra sweet to deliver a second win in the team's history, so I'm very proud of that.

"I'll do my maximum to push the team and take all my responsibility to bring it as far forward as I can." 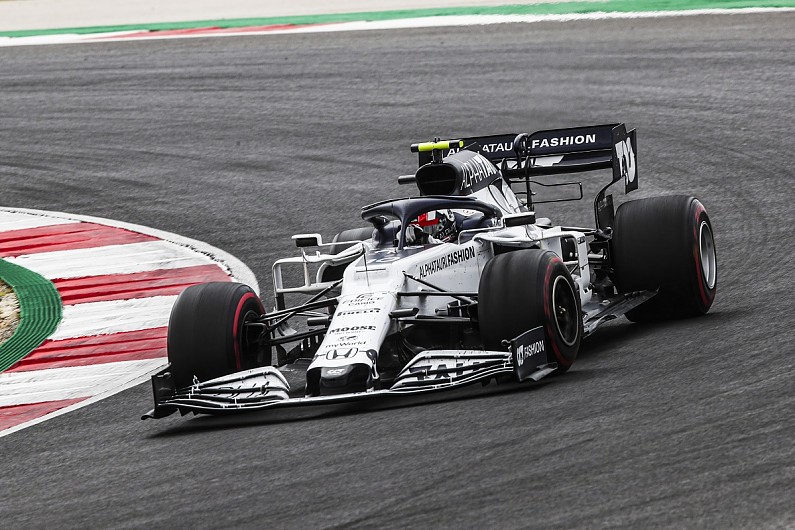 AlphaTauri team principal Franz Tost said he was "delighted" that Gasly would be remaining at Faenza for 2021, and expressed his hope he would remain under the Red Bull umbrella for the foreseeable future.

"Since he came back to the team last year, he consistently showed extremely good performances achieving two podiums, with a second place in Brazil in 2019 and a win at the team's home race at this year's Italian Grand Prix," Tost said.

"Pierre has proven to be highly competitive also thanks to his great race craft, extracting the car's potential at every race and giving valuable feedback to his engineers.

"He is mentally very strong, he is always motivated and when he sets a goal he gives it his all to achieve it.

"I'm looking forward to extending this cooperation and having a successful 2021 season together."

The identity of Gasly's team-mate for next season remains unclear as Red Bull considers where to place its contracted drivers for next year.

The senior Red Bull team is known to be considering the future of Alexander Albon, who replaced Gasly last year, and has said it would opt to hire a driver outside its current pool should he be dropped.

It could lead to Albon returning to AlphaTauri, but Red Bull and Honda-backed junior Yuki Tsunoda has also been linked to the second seat alongside Gasly following an impressive rookie season in F2.

Incumbent driver Daniil Kvyat is yet to have had his plans confirmed for next year, but is under pressure to retain his seat after struggling to match Gasly's performances through 2020.