After a week off, Formula 1 returns to action with the Russian Grand Prix at the Sochi Autodrom.

The Mercedes pair head to Sochi as heavy favourites to continue their domination of the 2020 F1 season with the German manufacturer still undefeated at the circuit since it joined the F1 world championship calendar in 2014.

Hamilton has the opportunity to move level with Michael Schumacher at the top of the all-time F1 wins list after taking his 90th career victory at Mugello.

Red Bull will be hoping for a fightback with a rejuvenated Max Verstappen after suffering consecutive retirements due to mechanical issues at Monza and Mugello.

The Milton Keynes-based squad will also be optimistic Alexander Albon can arrive in Russia with renewed confidence following his maiden F1 podium secured last time out in the Tuscan GP.

F1's biggest underperformers this season Ferrari will deliver a minor upgrade package this weekend but team principal Mattia Binotto has already stated they "will not change the big picture". With F1's midfield remaining fiercely competitive, the second half of the shaken-up 2020 season is open to opportunity with eight races spread over the next 11 weeks heading to a mixture of familiar, old favourite and totally unknown circuits.

The Q1, Q2 and Q3 knockout-style qualifying format is also being retained on Saturday afternoon to decide the grid for the 53-lap Russian GP on Sunday. 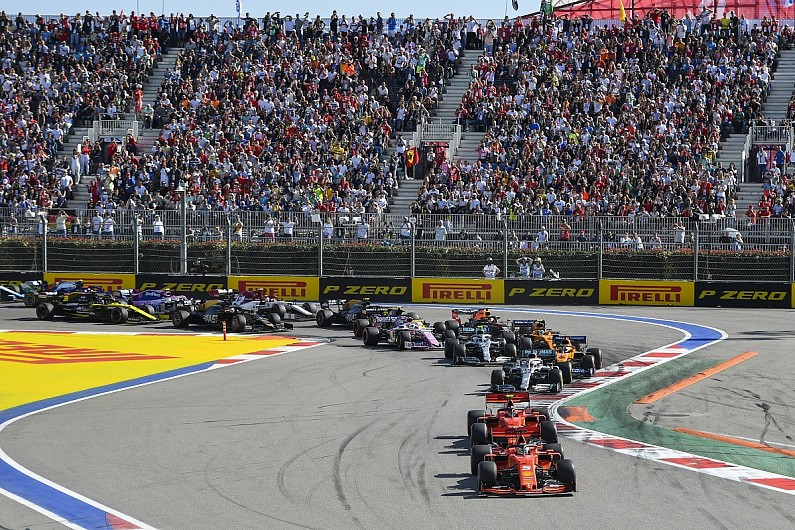 Formula 2 is acting as the support class to the F1 Russian GP.

Sochi is set to be bathed in sunshine all weekend for the Russian GP with highs of 28 degrees Celsius on race day.

Pirelli has opted for its softest range of compounds for the Russian GP, with the hard tyre C3, medium tyre C4 and soft tyre C5.

For all of the races in the reshuffled 2020 F1 season each driver will be given the same allocation of tyres per race: eight sets of soft tyres, three sets of medium tyres and two sets of hard tyres. Pirelli will also supply a range of wet and intermediate tyres for each driver.