Renault Formula 1 driver Daniel Ricciardo believes a strong performance by the team in Mugello indicated that the car is improving on tracks where higher downforce is required.

Renault had two competitive showings in Spa and Monza, where minimal downforce is run in order to find straightline speed.

The team wasn't particularly optimistic heading to the Tuscan Grand Prix, but Ricciardo secured fourth place, only losing third to Red Bull's Alex Albon in the final stint of a hectic race which was stopped by two red flags.

Ricciardo believes that the team's Mugello form bodes well for the future and similar tracks that are coming up on the schedule.

"We might be a little sad that we got so close to a podium," said the Australian when reviewing the race.

"But when we step back and look at the performance, it was a track we didn't really expect to be particularly competitive on.

"It's a higher downforce one, it's one where we haven't been that particularly strong. Barcelona, these style circuits, aren't our strengths, and we showed good progress on this style.

"I think that's really encouraging. It gives us a bit of optimism coming towards some other high downforce circuits. It looks like we're getting the car in a better place. It's still so close in that pack, but I think on Sundays for sure our race pace is solid.

"So if we qualify towards the front, it puts us in a good place." 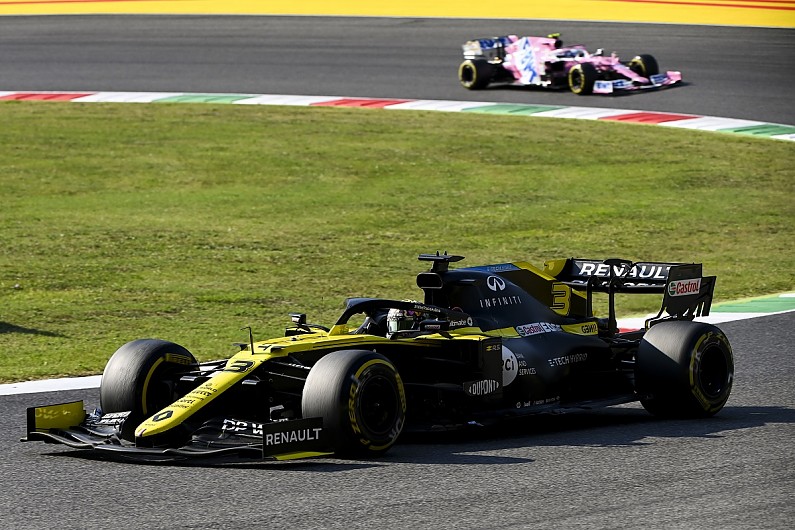 Renault sporting director Alan Permane said the significant lesson from Mugello was the way Ricciardo was able to outrun Sergio Perez, especially as Racing Point is one of the Enstone-based team's main rivals for third place in the F1 world constructors' championship.

"But I've been saying to people here what we should focus on is the 5.2 seconds we put on Perez in those last 12 laps. That's the important thing, that's where our race was.