Formula 1 race director Michael Masi has dismissed as "offensive" suggestions that the FIA is trying to spice up the show at the expense of safety.

After the restart crash in the Tuscan GP several drivers suggested that the safety car lights have been turned out later in the laps than usual this season to make for a closer restart, and that the bunching up that resulted contributed to the accident.

Race winner Lewis Hamilton insisted that the crash was not triggered by then leader Valtteri Bottas, who has the right to set the pace.

"It's absolutely not Valtteri's fault at all," he said.

"It's the decision makers. I don't know who. They're obviously trying to make it more exciting, but ultimately today you've seen they've put people at risk. So, perhaps they need to rethink that."

Masi is adamant that the FIA would never compromise safety matters.

"Absolutely not," said the Australian. "From an FIA perspective, safety is paramount full stop. And that's end of story.

"In my capacity as the race director and safety delegate, point blank, that's where my role sits, it's with the sporting integrity and safety. 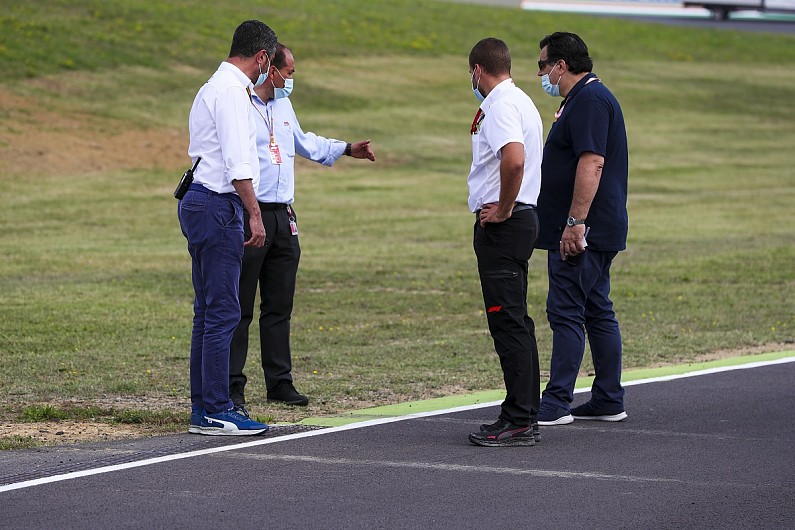 "And anyone that says otherwise is actually quite offensive personally."

Masi also added there was no pattern behind the sport experiencing three red flags in two weekends, noting that the Charles Leclerc crash in Monza and the Lance Stroll incident at Mugello both led to lengthy barrier repairs.

"I suggest it's very much a coincidence," he said.

"If we look at it quite logically, the one in Monza very simply was to repair the safety barrier that was damaged.

"And yes, you could do 20 laps under safety car to repair a damaged barrier, which I don't think is in anyone's best interest, or you can suspend the race, if all the works can be done to repair the safety infrastructure, and then you continue.

"And that was the case for two of the three red flags that we've had.

"So with Lance's incident that took place, there was damage to the barrier.

"And I wasn't going to go and continue when there's probably about 30 to 40 metres of conveyor belt hanging off a tyre barrier in this situation."