Max Verstappen doubts he can beat Valtteri Bottas to second place in the Formula 1 drivers' championship, anticipating a big points loss in the title race at Monza.

The Red Bull driver currently splits the Mercedes drivers at the top of the F1 drivers' standings, trailing Lewis Hamilton by 47 points, with Bottas a further three points behind.

Verstappen has regularly moved to downplay his chances of winning the championship in 2020 given Mercedes' dominant form, winning six of the opening seven races of the year.

The Dutchman could only qualify fifth for the Italian Grand Prix on Saturday as Red Bull struggled on the low downforce Monza circuit, finishing nine-tenths of a second off Hamilton's pole time.

Asked about his targets through the remainder of the season, Verstappen said that he will "probably end up third anyway in the championship", and admitted he did not expect to be beating Bottas.

"We're very consistent and I think we overperformed a few times, and obviously the win we had helped out a bit.

"From my side, I never felt like I'm fighting for a championship. I'm just losing at least seven points every weekend, and of course initially when it's like 20, 30 points, it still looks like you're in a fight.

"I never said that I was going to be in that fight. I just try to get the best result possible all the time.

"I always look at myself, did I do the best job possible? That is what I try to achieve every single weekend." 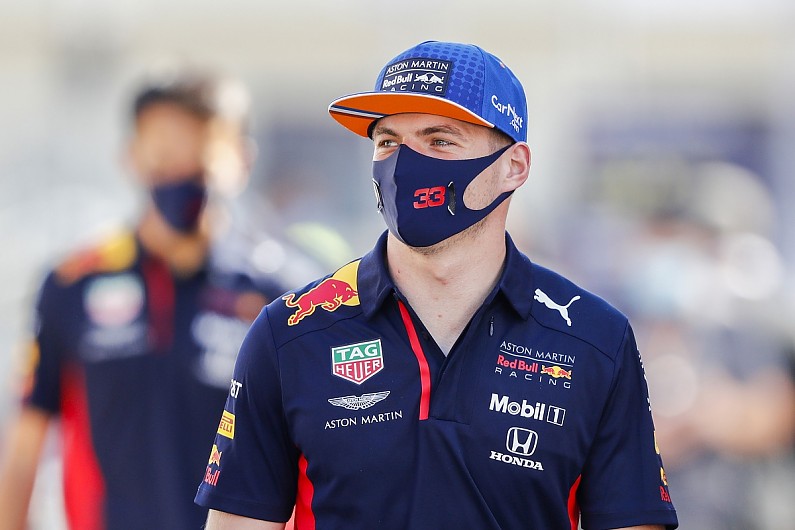 Verstappen was not left too disappointed by only qualifying fifth at Monza, despite trailing cars from McLaren and Racing Point, as Red Bull had expected to find the low-downforce layout more challenging for its car.

"When I come into a weekend, I try to do the best I can," Verstappen said.

"Everybody can of course say what they want, but I always learned from a very young age that you have to be realistic. Maybe that sometimes sounds a bit depressing, but for me it works the best way.

"You will not end up after qualifying being disappointed, because you know exactly where you're going to be.

"For me, I expected it to be very difficult. I never, of course, expected to fight Mercedes here, and it was interesting for us to see how our car was going to go in low downforce.

"But I think it highlighted our issues already the whole year, that it's just not a very fast car."