In a bid to avoid a repeat of the traffic farce that marred qualifying last year, the FIA made clear to drivers that it would come down hard on any shenanigans, and imposed a maximum time for preparation laps.

But while the protocols helped to avoid too much chaos into the final Parabolica corner, it did not stop drivers tripping over each other as they started their laps, especially at the end of Q1.

The most controversial moment came when Ocon had to block attempts by Kimi Raikkonen to get past - leaving the Finn angry on his team radio.

While Ocon came through the chaos to get into Q2, he believes that the matter needs looking at by drivers because he felt the new controls had not worked.

"We were very much racing for position," he said. "I think the new rule, obviously on the delta that we have to follow for not going too slow, made things worse to be honest than how it was before. We need to review, obviously at the next drivers' meeting, what we can do better."

Ocon reckoned that by having the minimum lap time set where it was, drivers were unable to build up gaps ahead of them on their out laps, so were forced to run closer to rivals when setting a time.

"Obviously it was not intended to have these sorts of issues you know, people slowing down for no reason, but we have to make a gap at some point to make the lap," he said.

"And we didn't have the chance to do that because we can't slow down. So it made it a bit tricky for everyone, and I think that's why a lot of cars were racing in the end.

"Nothing really happened but, of course, Kimi started his lap too close to me, so he was trying to pass me. But if that had been the case then both of our laps would have been ruined. Obviously his was, but I still managed to complete mine." 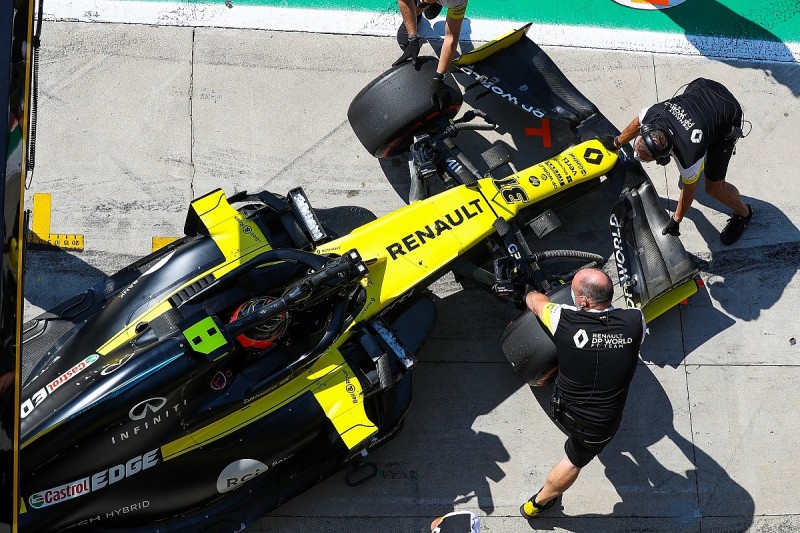 Ocon was investigated for his incident with Raikkonen after the qualifying session, but the stewards elected to take no further action.

It was felt that Ocon had been forced into a tricky situation when Lewis Hamilton and Nicholas Latifi ahead of him had backed off, and forced him to try to find some space.

A statement from the stewards said that they had "concluded that what appeared to be erratic movement of cars was due to a combination of circumstances which they, and the two drivers present, agreed was probably unavoidable and was not dangerous."

Speaking immediately after the session, Ocon suggested that Raikkonen had triggered the situation himself by getting too close.

"I did what I had to do to keep myself in front," he said. "I exited the garage in front of Kimi and that's how we are supposed to start.

"In the end he was attacking and he was too close to me, so if he goes by, both of our laps are ruined. There's not much I could have done."

Verstappen doubtful of beating Bottas to second in F1 championship