Sergio Perez ended up fourth, while the Ferrari cars were knocked out across Q2 and Q1, with Charles Leclerc and Sebastian Vettel ending up P13 and P17 respectively.

Unlike in 2019, the final runs in Q3 did not feature farcical scenes of the drivers jostling to get space for the optimum tow, but these actions did occur at the end of Q1 - with Vettel caught up.

Hamilton was ahead after the first runs in Q3 had been completed, with the two Mercedes cars not bothering with a tow as Bottas ran clear ahead of his team-mate and Hamilton towed the rest of the pack.

Bottas had to close a 0.053s gap on the final runs, and although he found time in all three sectors Hamilton ran faster to claim his seventh career pole at the Italian GP - and the fastest lap in F1 history at an average speed of 164mph.

The world champion was fractionally slower in the final sector on his last run, but it did not cost him as he wound up ahead of Bottas by 0.069s.

Sainz demoted Perez to fourth as the Racing Point driver was the only racer not to set a personal best on his final run in Q3.

Verstappen complained that he was "losing time on the straights" even as he ran closer to other cars on his first Q3 run, and although he found time on his last lap he wound up fifth, with Lando Norris sixth in the other McLaren. 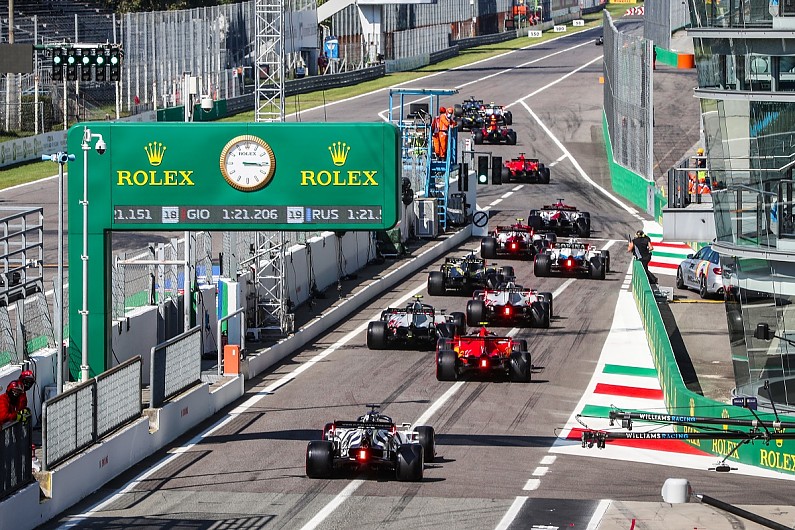 Daniel Ricciardo ended up seventh for Renault as he could not recreate his eye-catching pace versus his rivals in FP2, with Lance Stroll eighth.

Alex Albon did not have a time on the board heading into the final runs in Q3 after losing his first lap to a track limits violation at the Parabolica, but he kept his second lap and wound up ninth, as Pierre Gasly rounded out the top 10.

At the end of Q2, few drivers improved at the end of the middle segment, where no drivers tried to get through on the medium tyres, which means the top 10 will all start the race on the red-walled soft rubber.

Daniil Kvyat finished 11th, with Esteban Ocon knocked out despite running behind team-mate Ricciardo early in his final Q2 lap to try and take advantage of the tow.

But Ricciardo put his left-side wheels off into the gravel as he exited the second chicane and he later slowed and abandoned his lap, with Ocon finishing his final flyer and not improving.

Leclerc ended up P13, calling his Q2 lap "the best I can do", as Ferrari was again exposed by its straightline speed issues with the SF100.

Kimi Raikkonen and Kevin Magnussen made it through to Q2, but Magnussen ran very wide into the gravel as he flew through the second Lesmo, which ruined his final lap in the middle segment. 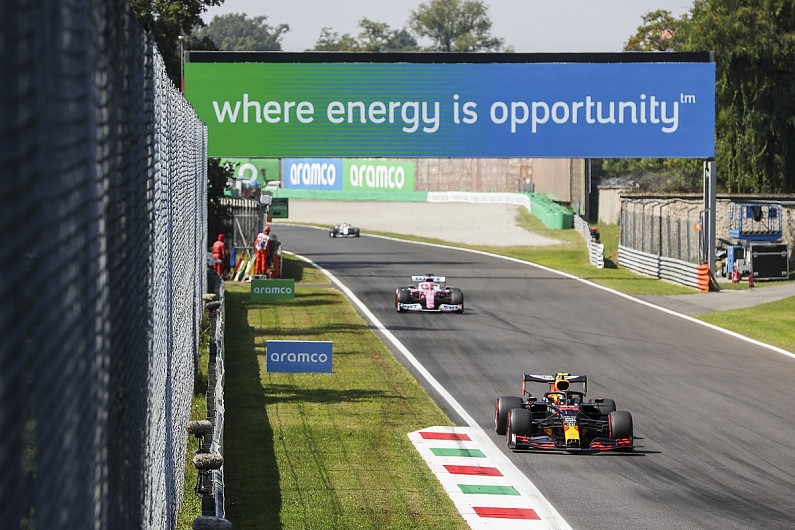 In Q1, Vettel was the highest-profile casualty of race-like scenes on the final runs in the opening segment, where backing-up at the Parabolica meant several drivers - including the Ferrari driver - fought for space at the right-hander and down the main straight.

Raikkonen and Ocon made it through to Q2, but nearly collided as the Alfa Romeo driver ran close to the Renault exiting the Curva Grande, with the former abandoning his final run in Q1.

But the chaos meant Nicholas Latifi, who was also involved, running just behind Ocon and Raikkonen and ahead of Vettel, was the only driver to set a personal best, although he still ended up 20th and last.

Romain Grosjean ended up just on the wrong side of the elimination cut off in P16, ahead of Vettel, who abandoned his final Q1 run as a result of the chaos earlier in the lap.

Behind Vettel came Antonio Giovinazzi and George Russell, who criticised his Williams team over his radio for getting involved in the chaotic scenes - he followed Raikkonen and Ocon into the first corners - and not "capitalising" on the "fuck ups".

Ocon, Raikkonen and Latifi will be investigated after qualifying.