McLaren boss Andreas Seidl believes the battle for third in the Formula 1 constructors' championship will be won by the team that can execute its races the best.

The result left McLaren on 68 points, two clear of Racing Point and seven ahead of Ferrari, while Renault sits just nine points off third place after a strong weekend at Spa.

With Mercedes and Red Bull comfortably clear in the top two positions, it has left the battle for third place in the constructors' championship finely poised nearing the halfway point of the season.

Team principal Seidl said it was "difficult to judge" if McLaren was consistently the third-quickest team so far this season, feeling that Racing Point was ahead on raw performance.

But he felt the battle between McLaren, Racing Point, Ferrari and Renault would be settled by which team had the cleanest weekends and avoided dropping too many points.

"We still do not have enough samples [to say if we're third-quickest]" Seidl said. "I still think that the Racing Point is definitely the third-strongest car in the field.

"Then there's a very tight battle in the ranking between the Ferraris, us and the Renaults, I would say.

"I think that in the end will decide to championship we are in." 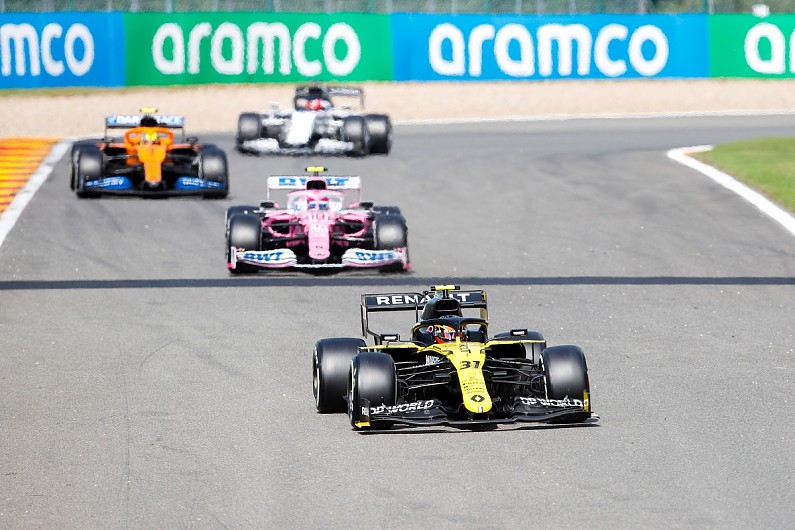 Seidl was left frustrated that McLaren missed an opportunity to take more points off Ferrari and Racing Point after a power unit failure meant Carlos Sainz Jr could not start the race.

The German is anticipating Renault to be "very strong" at Monza this weekend, given the pace of its car in a straightline at Spa, but was pleased to see McLaren fighting closely with the teams around it.

"I think we were not far off to fight the Renaults," Seidl said. "We expect them also to be very strong in Monza, because they were also strong there last year.

"But if we just look at ourselves, the pace of the car was quite encouraging, and we could take points away from the Racing Points and from the Ferraris. We are back in P3 in the constructors' championship which is good.

"Looking ahead, it is good to see we have a car that we can fight with all these teams around us.

"As we have seen it will also depend on track characteristics and layout, but it is good to be in this fight and to have a car and two drivers where we can take up this fight."

Share this article on Facebook Twitter LinkedIn Email
Previous / 250 doctors and nurses to attend Italian GP
Next / Vettel: F1 has "mountain to climb" to exist in 10 years
© 2020 Autosport