© 2020 Autosport.  All rights reserved.
Previous / Hamilton feels 'weight' of 2020, Boseman's death
Next / 10 things we learned from the Belgian Grand Prix

McLaren is waiting for Renault to analyse the failure on Carlos Sainz Jr's Formula 1 power unit to find out the exact cause of the issue.

Sainz was prevented from starting Sunday's Belgian Grand Prix after reporting an issue with his power unit en route to the grid, forcing him out of the race.

McLaren confirmed there had been an issue on Sainz's power unit which had caused an exhaust failure, leaving the Spaniard on the sidelines.

Team principal Andreas Seidl said that McLaren needed to wait on analysis from engine supplier Renault to find out whether or not the power unit could be salvaged, or if Sainz would require a fresh one for the Italian Grand Prix.

"We need to wait for the analysis on the Renault side on the specific issue," Seidl said.

"In the end we saw it was an internal issue on the power unit side, which then as a consequence damaged the rear of the car and the exhaust.

"Obviously that is disappointing for Carlos, for us, not being able to even start the race.

"But it is what it is and we must wait for the analysis, also in terms of the consequences to see if there is any chance to recover this power unit or if it is a terminal failure."

Despite only having one car in the race, McLaren managed to move up to third place in the constructors' championship, leapfrogging Racing Point after Lando Norris finished seventh. 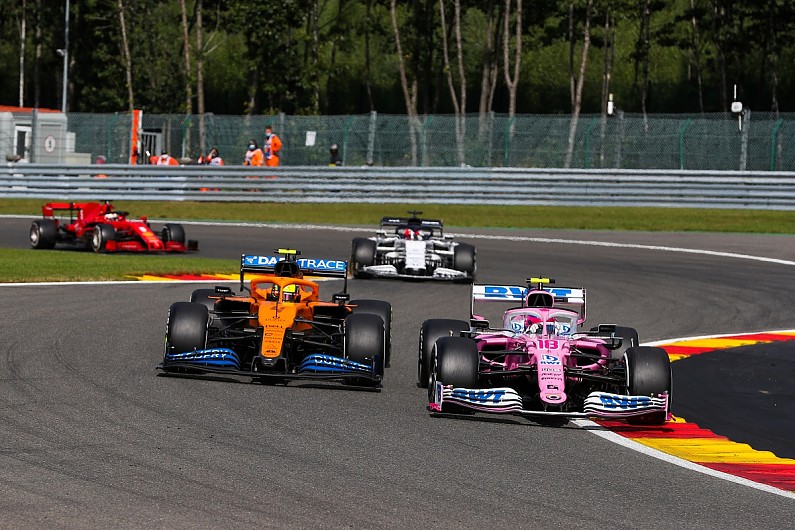 But Seidl rued the missed chance to score points with both cars and maximise a bad weekend for rival midfield leaders Racing Point and Ferrari.

"It was a degree of missed opportunity today, because we could have had two cars in good positions today to score very important points, which is disappointing," Seidl said.

"The pace of the car was quite encouraging and we could take points away from the Racing Points and from the Ferraris.

"We are back in P3 in the constructors' championship which is good, and looking ahead I think it is good to see we have a car that we can fight with all these teams around us.

"It will also depend on track characteristics and layout, but it is good to be in this fight and to have a car and two drivers where we can take up this fight."

It marked the fourth time in six years that Sainz has failed to reach the chequered flag at Spa, and continued the Spaniard's luckless start to the 2020 season.

"It's difficult for Carlos to take something like today," Seidl said.

"It was a big disappointment for him, but it's no different for us, for the team.

"But in the end that's unfortunately part of racing as well to a certain degree and it's important to stick to the facts, analyse whenever something is going wrong, what happened, to learn from it and try to make sure that it doesn't happen again.

"The good thing is [in] not even a week, we go racing again and hopefully we can make up for it."