Charles Leclerc was prevented from rejoining the Spanish Grand Prix after pitting to have his seatbelts tightened as Ferrari had to investigate an issue with his Formula 1 power unit. 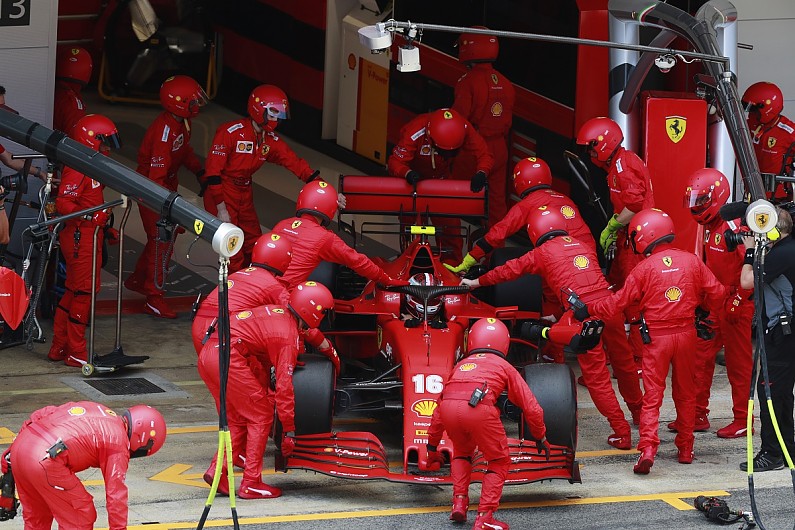