OPINION: After its We Race As One initiative to combat inequality was launched to initial plaudits, Formula 1's subsequent messaging has been mixed. Lewis Hamilton has almost single-handedly led F1's charge against racism, but needs more support

When Lewis Hamilton came to begin his media rounds following the Hungarian Grand Prix on Sunday, he would ordinarily have spoken only about the crushing nature of his victory.

Had it not been for a late pit stop - made without yielding the lead in order to take fresher tyres for a successful bid for the fastest lap bonus point - Hamilton would have won the race by close to 30 seconds. It marked his eighth victory at the Hungaroring, putting him back into the lead of the Formula 1 drivers' championship.

But instead, the focus post-race once again lay on the fractured nature of the anti-racism messaging by F1 ahead of lights out. After an organised kneel in support of the ongoing fight against racism around the world at the opening round of the season in Austria, there had been a wavering level of support and enthusiasm for continuing the gesture at the second and third races.

Hamilton was diplomatic following the second race in Austria, merely saying that he wanted to talk to the six drivers who failed to kneel to understand their reasoning.

But after little mention of continuing the kneel during Friday's drivers' briefing in Hungary, and a sloppy, rushed execution ahead of the race, Hamilton was left despondent.

He called on F1 to give a better platform for the drivers. He questioned why Romain Grosjean, a director of the Grand Prix Drivers' Association, thought kneeling once was enough and there was no need to continue.

"I don't know why they only did it for the first race on the start," Hamilton said in the TV pen to Sky Sports. "They have not done it since then. They have come out to say they are fighting for diversity and to end racism, but they are not giving us the platform to continue that."

It was followed by a stark call for leadership from Hamilton, who has been tasked with much of the battle himself in recent weeks. It is he who urged his peers to use their own personal platforms better nearly two months ago. It is he who moved to talk to those who did not kneel initially in Austria, expressing the importance of the ongoing messaging and movement. And again, he was the one speaking up in Hungary last weekend. 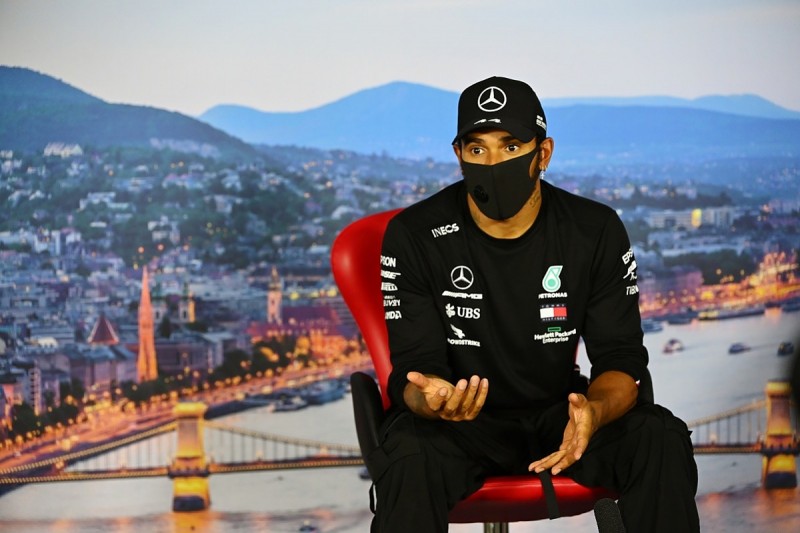 "There definitely is not enough support for it," Hamilton said. "Many people seem to be of the opinion that they've done it once and they're not going to do it again. And I don't know all the reasons for that opinion.

"Formula 1 did an OK job I would say at the first race. It's not good enough in terms of what you see in other sports, but still it was a step forwards, and it's almost like it's gone off the agenda after that.

"There are perhaps people who have not grown up around racism, so don't understand it, and there are those that because of that [think] 'it doesn't affect me'"Lewis Hamilton

"It's lacking leadership, and ultimately, we perform in a sport. There needs to be leadership from the top. You need to come out with: 'OK hey, this is what we want to do guys, and we want you all to be a part of it'. Currently there is none of that."

Hamilton said he would talk to FIA president Jean Todt and F1 CEO Chase Carey in the coming days to gain an understanding of their plans, and stress the need for there to be a proper scheduling of the pre-race kneel for drivers wishing to partake, something that has been absent in each of the past two races.

The second Austria race offered a fractured, messy kneel. Many drivers were late. One was absent completely after not having a face mask or 'End Racism' t-shirt to hand. But fans at home may not have noticed, because the gesture gained a mere eight seconds of coverage on the world TV feed - and only a couple of those with the drivers in place - before the camera cut away to the skydiving display taking place over the circuit. It sapped away any real meaning of the kneel.

Then in Hungary, there was such a tight turnaround for the drivers to run to the pit lane for the national anthem and kneel, few knew where they were meant to stand or what to do. Again, it looked rushed and fractured. And again, that sapped away the real emphasis of the message. 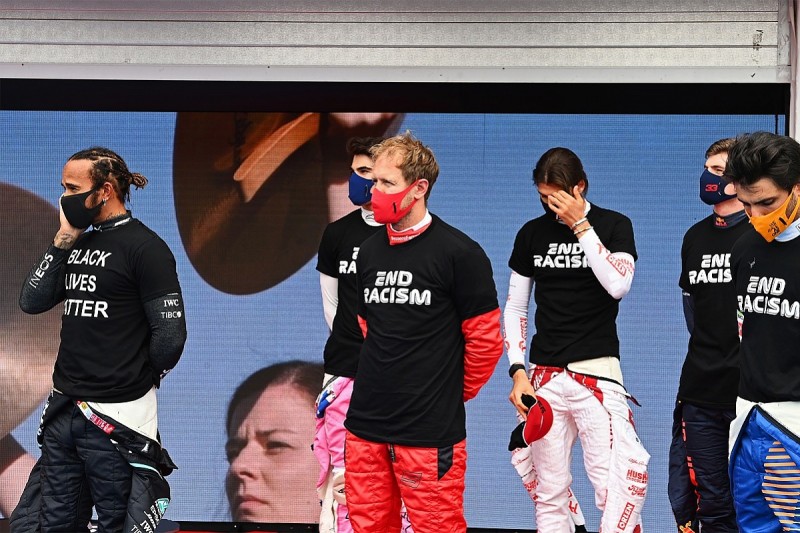 I've written previously about the difference for F1 and other sports, such as the Premier League, and why there may not be the same kind of support for kneeling. After all, it's one black guy - Hamilton - trying to convey the importance of this to chiefly white peers. They don't have many black colleagues or team-mates, whereas all Premier League teams have players and staff from BAME backgrounds. So the echo chamber for F1 is smaller.

As Hamilton himself said: "There are perhaps people who have not grown up around it, so don't understand it, and there are those that because of that [think] 'it doesn't affect me'.

"I have heard those comments. 'It doesn't do anything for me, so why should I do it?'"

There has seemingly been a lack of leadership in explaining why this is such an inward-looking and blinkered attitude to have, with Hamilton left largely alone to fight that battle. He has thanked some of his peers for their support and help in getting the message across, such as Sebastian Vettel. But there hasn't been anything from the powers that be in F1 to involve themselves in the matter.

FIA president Todt gave an interview to the Daily Mail in Hungary where he said that "all individuals must express what they believe in the way they choose". He added that "we all aim for the end of racism", but then was quoted as saying: "Life matters. Lives matter. Not just black lives. Or yellow lives. Or white lives. All lives." It's perilously close to 'all lives matter'.

Todt has done a huge amount of work to further diversity in motorsport, helping grow the FIA's footprint all over the world and grow motorsports at a grassroots level in countries that never previously had any kind of racing culture. For that, he must be commended.

But now is not the time for F1's leadership to try and be anything but fully supportive of Hamilton's messaging. Those at the very top must help further. They mustn't advocate for freedom of expression. They must focus on amplifying Hamilton's message. 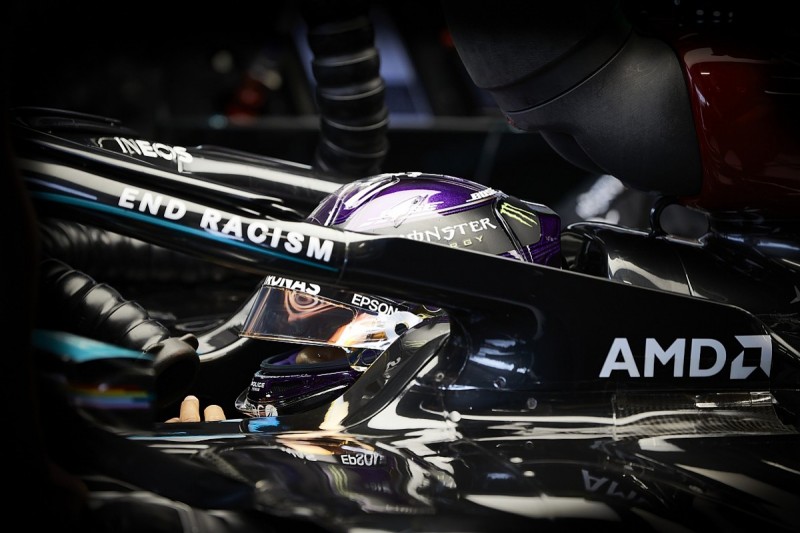 Because that will be the only way to enact real change. Hamilton himself said that up to this point, while there have been positive noises, there has been nothing concrete F1 can really pat itself on the back for.

"We haven't made any progress," Hamilton said. "We have said things, and there's been statements released, and we've made gestures such as kneeling. But we've not changed anything, except for perhaps some of our awareness.

"Formula 1 did an OK job I would say at the first race. It's not good enough in terms of what you see in other sports, but still it was a step forwards, and it's almost like it's gone off the agenda after that" Lewis Hamilton

Hamilton again highlighted the need for wider messaging from the rest of the F1 paddock. All teams are carrying the 'We Race as One' logo on their cars, F1's in-house campaign to make the sport more inclusive. But only Mercedes has actively held its hands up and recognised a need to do better, revealing just 3% of its workforce identify as belonging to an ethnic minority background. It's a legacy of F1 teams hiring from the same four universities for the past three decades, where the majority of graduates are white.

"There's nine [other] teams," Hamilton said. "I think there's one I've spoken to who already are working in the background, but there's no other teams that I know of that have been held accountable or hold themselves accountable. 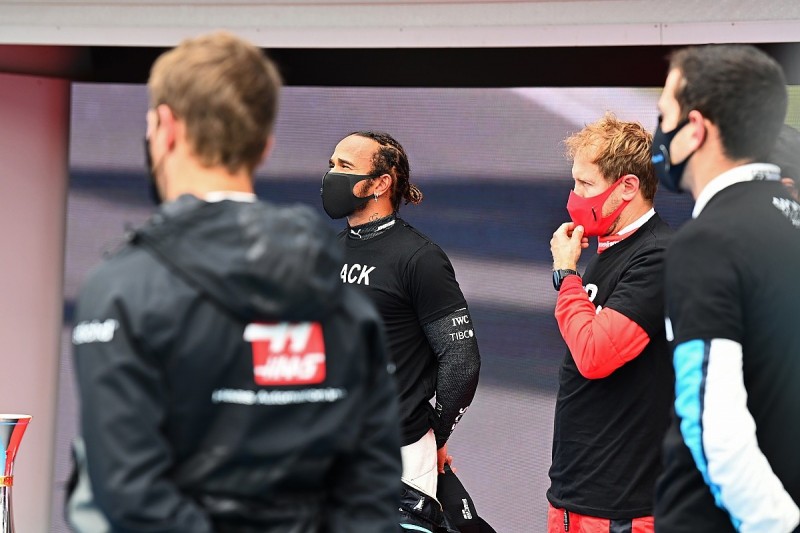 While Hamilton may be the most prominent and vocal figure in F1 right now, he needs proper support if there is to be the progress the sport sorely needs

Until Hamilton has that open, public, unwavering support from those at the very top, much of this current drive is going to be left for him to lead. And while he may be the most prominent and vocal figure in F1 right now, enjoying by far the biggest platform to spread the message, he needs proper support if there is to be the progress the sport sorely needs.

F1 made a start in Austria at the beginning of the season. But this issue is not going to go away just because the drivers knelt for one race. It will likely be a battle that extends far beyond Hamilton's time in the paddock.

The idea of what F1's diversity messaging would look like without Hamilton right now is very concerning. That alone should tell you why he needs more support from the sport's leaders. 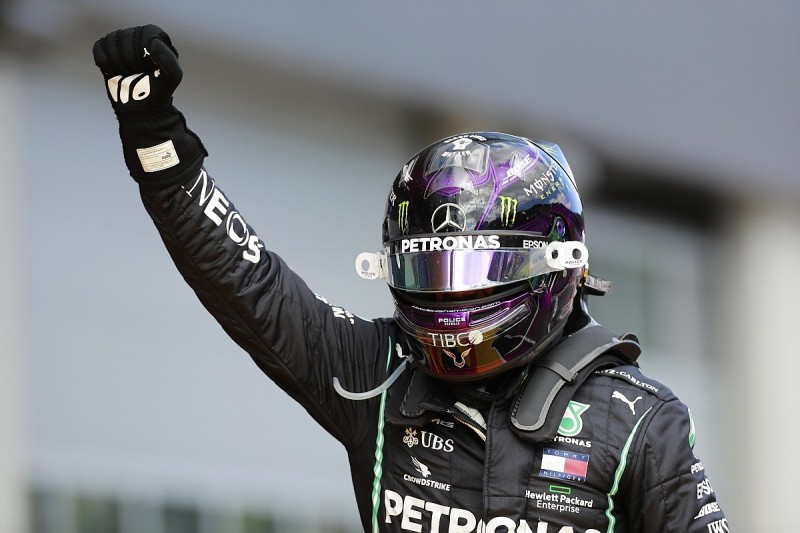