Ferrari Formula 1 boss Mattia Binotto has given the clearest admission yet that the Italian team's power unit has been reined in by an FIA regulation clampdown for 2020.

Previously Binotto has been coy when asked about the impact of rule clarifications and the investigation by the FIA into the 2019 power unit, which famously led to the "settlement" announced earlier this year.

Instead he has focused mostly on the drag issues that the team has tried to address with the aero upgrade package first seen in Austria last weekend.

Speed trap figures and data studied by rival teams suggest that Ferrari has clearly lost out on the straights this year compared to last season.

"I think that the regulations are very difficult and complex," said Binotto.

"I think there are areas of the regulations where maybe clarifications are still required. It's an ongoing process which has always existed in the past, and will exist in the future.

"Since last year a lot of TDs [FIA technical directives] have been released, eventually clarifying some of the areas of the regulations.

"I think that through those TDs we had to adapt ourselves.

"I don't think it was only the case of Ferrari, I think looking at the power output of this season I think most of the other manufacturers had to adapt themselves.

"Certainly as Ferrari we had to adapt, and as a simple output of that we lost some of the performance we had.

"I think that now we've got a clearer situation in some areas of the regulations, hopefully that will continue if required for the future." 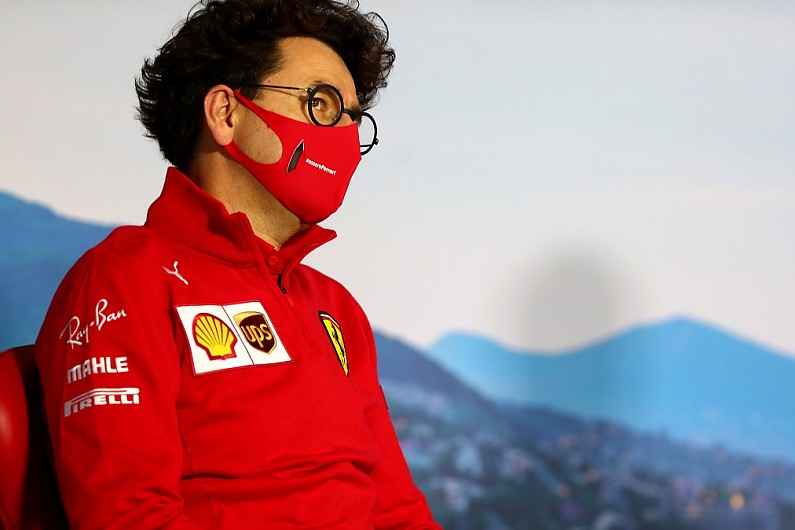 Binotto said that the FIA's factory shutdown, which was applied to power units for the first time, hampered Ferrari's chances of improving the engine within 2020.

"Engine or power unit development is an ongoing process that we never stopped since 2012, which was probably when we started developing those engines," he said.

"Now it's been a long time that we were developing them.

"We were doing developments as well for this season we will not be able to introduce during this season itself, because we had the long shutdown period before the start of the season, which has not been the case for all the power unit manufacturers.

"We'll try to develop as much as we can by the start of next season.

"That's one point. The other side as I said, there are still areas of the regulations that need to be clarified, and hopefully that may be done in order that in the future at least there is sufficient clarity in the regulations to make sure that we've got all the same understanding."

Binotto admitted that the team still has much to learn about its aero update package following the compromised Styrian GP weekend after both Ferrari drivers clashed on the opening lap.

"After FP1 it's always very difficult to judge, you focus on your own programme. We're running here the parts we brought in Austria last week.

"We had a wet session and a bad race, very short, so really we didn't have an answer from them, so today for us the programme was to understand the car, and then to try to find the balance for the rest of the weekend.

"We've got again a lot of data to analyse. The two drivers are certainly focussed on the weekend, we know that quali will be important here, grid position is key in Hungary, so we need to prepare well for the quali tomorrow."