Red Bull believes its Formula 1 car will be better suited for this weekend's Hungarian Grand Prix - after feeling much of Mercedes' advantage in Austria was on the straights.

The Milton Keynes-based team had hoped to be able to take the fight to Mercedes in the two races at the Red Bull Ring, but in the end Max Verstappen admitted his outfit was "too slow" as Lewis Hamilton and Valtteri Bottas shared the two wins.

However, some positive signs about how strong its car was through slow corners has left Red Bull optimistic that it could be better at the Hungaroring.

Red Bull team boss Christian Horner suggested that the main advantage Mercedes had in Austria was on the straights - whereas things were much more even in the turns.

"Their straight line speed is impressive," said Horner. "There is not much there in cornering speed.

"There are some corners we are better, some where we are not quite as good. But certainly on this track their straight line speed has been very impressive so they've made a good step over the winter."

That is why the tighter and twisty Hungaroring should be a better playing ground for the Red Bull RB16. 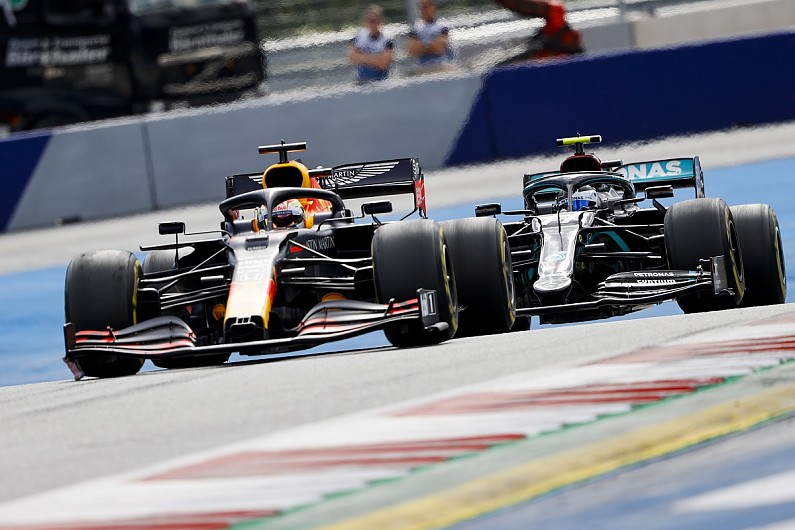 Chief engineer Paul Monaghan said: "Hungary is a different sort of circuit isn't it? It's got a trivial straight, and lots of twisty bits. The speed of the corners is lower than this place.

"They're all the same speed. So I think, typically, Hungary is usually less afflicted by variable weather compared with being in the Alps. And usually, it's quite windy there, so a different set of challenges.

"Who knows, we might be better there? So we'll pick ourselves up, we'll update the car as best we can, and go there and try and give them a decent fight and hopefully beat them."

Red Bull believes that circumstances outside of Mercedes' control also helped the team in Austria - with the cooler conditions on Sunday helping ease cooling concerns the German manufacturer has had at the venue in the past.

"It's been very cool and they've performed well here - they deserved that result. They were the best team and we're going to be working even harder to try and catch them."