© 2020 Autosport.  All rights reserved.
Previous / Renault to bring triple-upgrade for Austrian GP
Next / F1 distances itself from Ecclestone's racism comments

Red Bull's Alex Albon says adapting to the new Formula 1 COVID-19 protocols proved to be "pretty seamless" when the team ran a filming day at Silverstone on Thursday.

Albon completed the allowed 100km on Pirelli's demo tyres after an absence of 118 days since he took part in winter testing at Barcelona.

Team-mate Max Verstappen was absent from the filming day due to potential travel and quarantine issues and the fact that the low amount of mileage meant there was little point in splitting it between two drivers.

Albon noted that despite the long break he felt comfortable after just five or six laps and insisted he's fully fit.

"It's new for all of us obviously, we've all spent so long out of the car, it's just good to get back into it. It's a media day at the end of it, so we're doing a lot of filming for sponsors and things like that.

"It's also just about getting that interaction with the guys, and getting into that mental racing mind before we head to Austria. After five or six laps I was back into it, I felt pretty comfortable with the car. 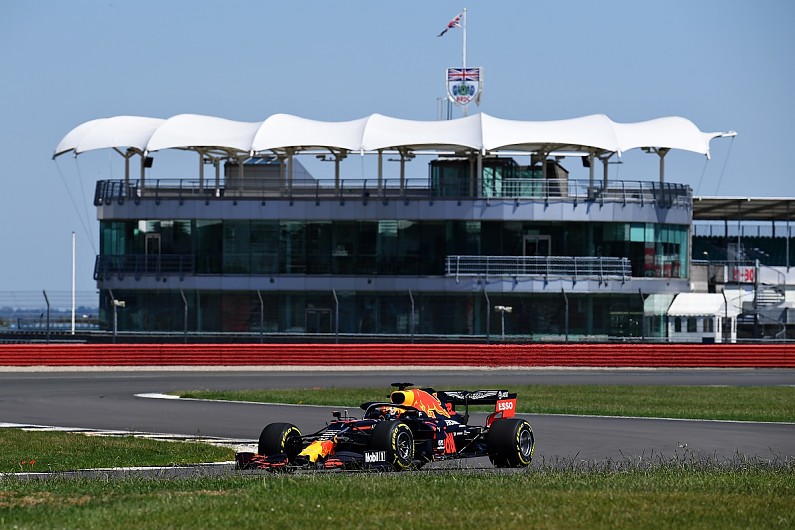 "It was good to gauge my fitness today. Obviously all that work in the gym, I doesn't really matter until you see it on track. With the track as well it's quite busy, there aren't many straights here.

"It was nice to see where I was at. Every driver has done a lot of work to get to where they are now, fitness-wise, and I'm happy with where I am."

Regarding the new protocols he said: "The way of working hasn't changed too much, obviously the guys at Red Bull, HR, have done their work, and it's pretty seamless.

"There isn't really much difference. Especially for a driver, we're used to having a balaclava and helmet on. Most of our work is done driving in a seat, so it's not too bad.

"But when you're in the debriefs and everything it's just that you're further away from everyone, that's pretty much it!"

Team boss Christian Horner said it had been a useful day for both the team and for Albon.

"We're limited to 100km and running on show car tyres," Horner said. "But it's still great to get a feel for the car, to see the car in action, for the mechanics to get back up to speed, for the driver to get his eye in after what's been over a three-month downtime period. 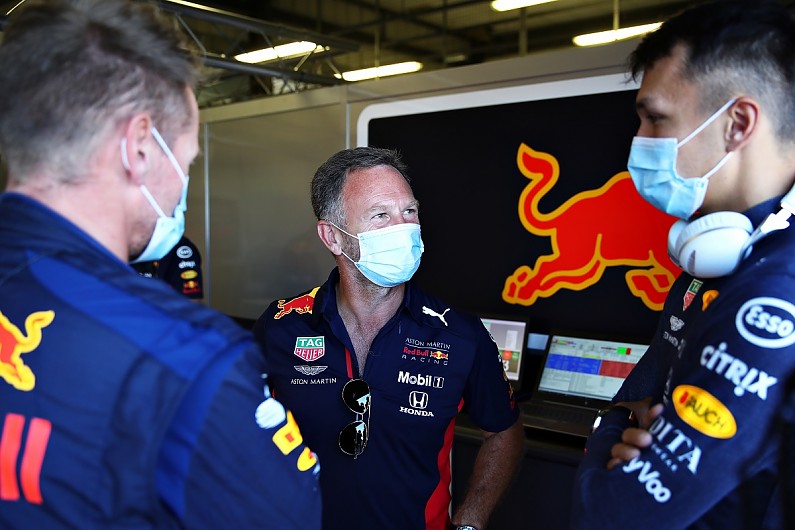 "I think it's useful for Alex to get himself dialled in again. He's still relatively inexperienced in F1 terms, so to have a day that's pretty spread out to do those 100km, albeit on show tyres, he will benefit from that."

Horner said that the team safety concerns outweigh any issues with the new protocols.

"It's certainly different, seeing everybody in face masks - you lose the expressions that you sometimes can read either elation or despair, either in a mechanic or engineer's face," he said.