In the latest instalment of Autosport's My Job in F1 series delving into those who work behind the scenes in the paddock, we meet Stephanie Travers, a trackside fluid engineer for Mercedes title sponsor and technical partner Petronas

Beyond the core staff required to run a Formula 1 car trackside, teams have an army of personnel working in a research and development function aiming to find every last tenth of a second in performance gains.

Mercedes is no different, and its efforts in partnership with Petronas to optimise its fuel and oils usage have yielded six straight drivers' and manufacturers' world championships since the V6 turbo hybrid era began in 2014.

Chemical engineering graduate Stephanie Travers beat 7,000 fellow applicants in 2018 to become a trackside fluid engineer for Petronas, and explained to Autosport the nuances of her role with Mercedes on a typical grand prix weekend.

As a trackside fluid engineer, I provide the technical support and analysis for the Mercedes Formula 1 team.

This service includes doing the analysis for the Petronas Syntium engine oil, Petronas Tutela gearbox and transmission oil, and the Petronas Primax fuel on a typical race weekend.

I do the analysis to ensure that we are compliant with FIA regulations, and also to monitor the health of the car as a whole throughout a race weekend.

My typical race weekend schedule starts off by setting up the lab across two days.

This is because in transit we need to ensure that the equipment that we use trackside - the gas chromatograph, spectrometer and viscometer - have not been damaged in transit.

After that, I take the samples from the fuel and the engine oil, and I then analyse them within the machines.

This is then ready for the race weekend and they can then proceed to put these fluids within the F1 car. Then I continue with the remainder of the setup of the lab.

On the Friday, we are then ready to begin session one and the whole of the race weekend, so we ensure that we have a sample taken before and after every session to monitor the amount of wear that we have in that particular session.

We're looking for excessive wear, as excessive is not normal. If we see anything, we open up the channel of communication between myself and the Mercedes engineers. 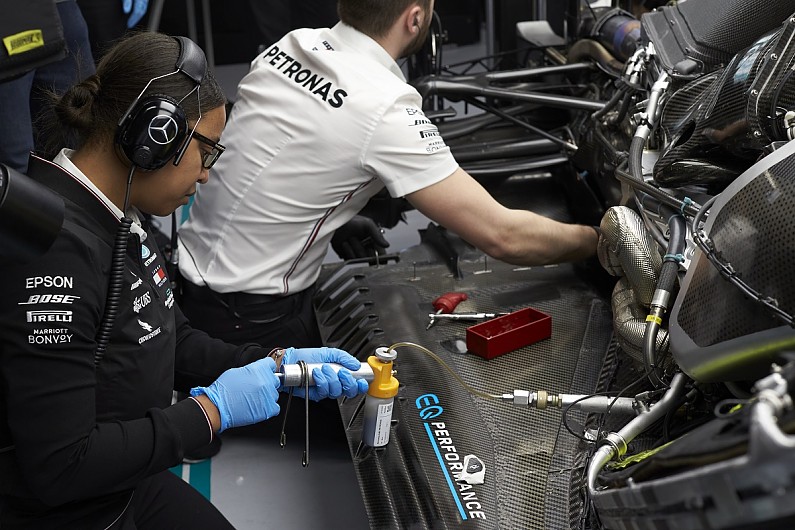 For Friday, it's ensuring that the samples taken before FP1 and at the end of that session are okay. And the same for the remaining sessions as well.

It's just to ensure that the new fuel that we add in there has no discrepancies. It's just an extra check that we do to be doubly certain that we're compliant with FIA regulations.

The most important thing is to ensure that we work together with the team, and make sure that we run samples before and after every session to be certain that we're FIA compliant. It's doing the necessary analysis, using our gas chromatograph, viscometer, spectrometer to provide the fluid analysis and support to the team.

One is the gas chromatograph. The gas chromatograph is used in the analysis of the fuel. It's similar to a fingerprint so we take a sample of the fuel, analyse it in the machine and receive a set of peaks. These sets of peaks need to match that of the approved sample of the FIA. They have to be a 100% the same. There are some tolerances, but they are extremely small, so we are always ensuring that we're compliant with the regulations and compliant with what we have produced away from the track.

"In a global search I took part in there were over 7000 applicants. I was successful in achieving something that I dreamed of ever since I was a child" Stephanie Travers

The second piece of equipment that I use is the viscometer. This is used to test the viscosity of the engine oil. We need to be within a certain range that we have allocated - which I can't disclose unfortunately - for optimum performance. So that's what the viscometer is used for.

And lastly, the spectrometer is the machine that we use to analyse the engine oil and a gearbox oil. It is a machine that works by creating a potential difference between an electrode rod and an electric disc, and that potential difference will create a spark. The engine oil is then rotated on an electrode disc and burnt, and the flame is picked up by a high speed camera. The intensity of the different colours in that flame will then be taken in by the machine, and it will tell me the amount of every single element that is within that sample that I've got.

For instance, if there was any copper in that sample I would see a bluey-green flame. The intensity of that flame is then measured by machine, and given out in the results that I analyse and give to the team. 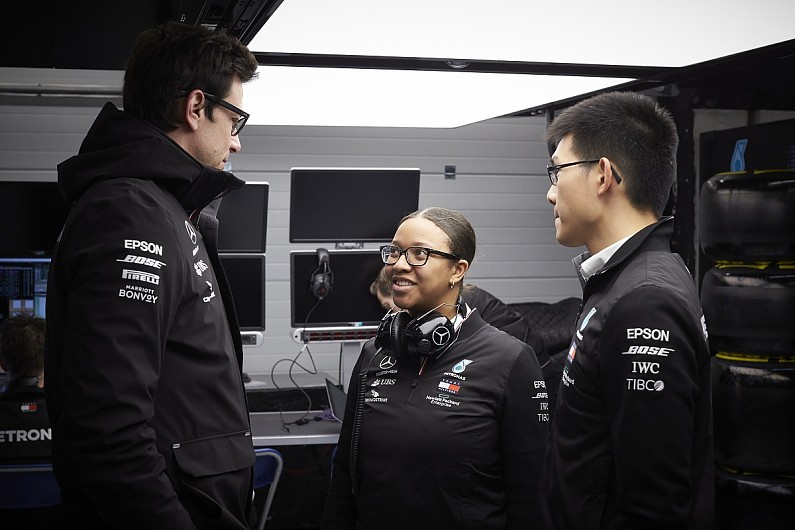 I'm constantly in contact with members of the team. And as a Petronas trackside fluid engineer, my work is also supported by a large team of Petronas scientists and engineers around the world.

The formulation is done in the Petronas Research and Technology Centre back in Turin. There's open communication between myself and the people that have done the formulation, my fellow peers.

And when I'm in Turin I always go into the research centre, see what they're up to for future formulations. The learnings from the work I do trackside are used in the formulation of the fuels and lubricants for road users, so there's always be an open loop of communication between myself and my Petronas peers.

Between every race, you're always looking at the logistics: checking on where the fuel is in transit to the next race, ensuring that everything is on schedule. Aside from that, we're always planning and preparing for the following race weekend.

There are also two Petronas trackside fluid engineers. I work alongside my colleague En De at every race to ensure that, no matter what, the analysis can be complete and we can provide that technical support to the team.

If there would be no such role, on a typical race weekend it would be difficult for the team to do the analysis of the engine oil and gearbox oil and those samples would need to be sent back to the Mercedes factory.

Formula 1 is an industry that I've always wanted to work in. Growing up, I used to watch races with my dad and travel to some races with friends. It's something that I've always aspired to one day work within. I tailored my education with the goal of becoming a trackside fluid engineer.

Luckily the subjects I enjoyed at school fitted inline with the subjects that I needed to achieve the job. I then proceeded to apply for the Petronas global talent search. That was launched in 2018 to find a trackside fluid engineer and had over 7000 applicants.

I was successful in achieving something that I dreamed of ever since I was a child. Formula 1 is a sport that I have always followed and something that I'm very passionate about. 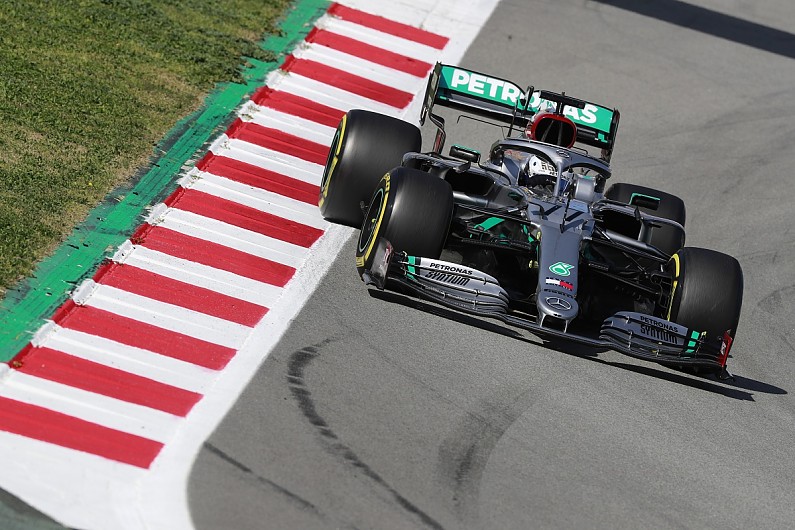