In the latest of Autosport's My Job in F1 series, Haas chief mechanic Matt Scott explains why his role involves less hands-on work than one might expect, and the importance of good motivation

When the checkered flag falls at the end of a grand prix, for most people in the Formula 1 paddock it means their work is almost at an end. But the reality of life as a mechanic is very different. Although the most public element of a mechanic's job is servicing the car during a pitstop, in reality it comprises only a small element of the role, along with packing down the garage and disassembling the car ready for transportation to its next destination.

As the chief mechanic at the Haas F1 Team, Matt Scott is one of the conductors of the orchestra, responsible for overseeing all work done to the cars. After starting his career at Arden, Scott joined Haas during its first season of F1 in 2015 and has risen through the ranks with the team. Promoted from no. 2 mechanic to no. 1 in 2016, he had a spell working as the race team support manager before taking on his current role in October 2018.

Here, he shares the many facets of his role that go into ensuring its two cars get out on track in the right configuration... 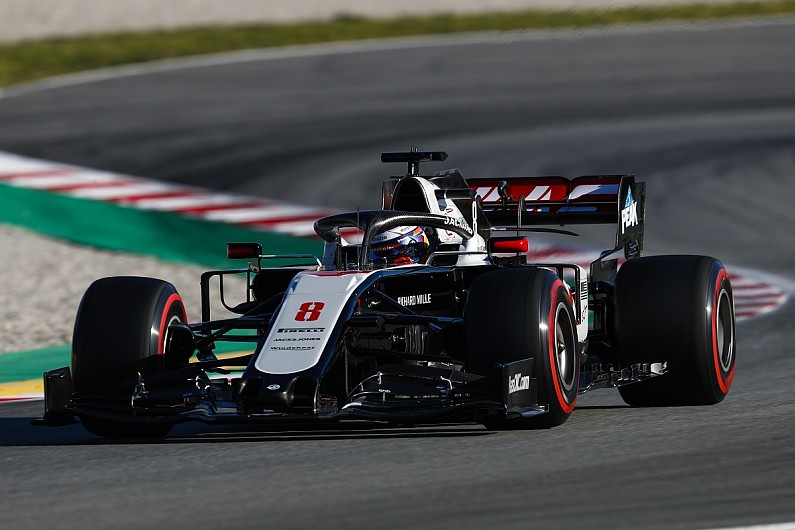 My job is chief mechanic for the Haas F1 team. Primarily, I'm there to support the mechanics and pass information to them from above. This starts at the design team, vehicle science and vehicle performance groups we have. And through the engineering coordinator and the race engineers, this information will be passed to me and I oversee the build of the car for each race meeting and manage the operations during the weekend.

As my career has developed, I do less and less work on the car. However I do love working on cars. I think most of the mechanics that we employ really enjoy working with cars, particularly the Formula 1 cars. If there's a drama, a crash or a problem I'll try and help, but a lot of the time the mechanics would prefer it if I just support them rather than get in their way.

If you've got a group of guys that are well motivated and enjoying what they're doing, the mistakes are a lot less. If people are engaged and ready to fight, my job becomes a lot easier

My current role is more about running a group of people and dealing with the good or bad situations we face. Sometimes it is more complicated than looking after a Formula 1 car. If you've got a problem with a race car invariably there is a tangible fault somewhere, something that can be written down, or worked out on a computer.

But a lot of the time the guys that are working on the car are under a lot of stress. They are away from home and sometimes motivating and keeping people enthusiastic for what they're doing can be more difficult.

The mechanics usually turn up at the track on a Tuesday afternoon to help the technicians finish the setup of the garage. The car assembly starts on Wednesday. Generally everything is last-minute to allow as much development as possible in preparation for the race, which means we'll have a build spec meeting on a Wednesday morning. This will include the race engineers, the engineering coordinator and the reliability engineer.

This meeting details how the car is going to be prepared for the race ahead. Once that happens, it's almost like a full stop to the information we're going to get for Friday morning practice, so we can go ahead and start building the car. 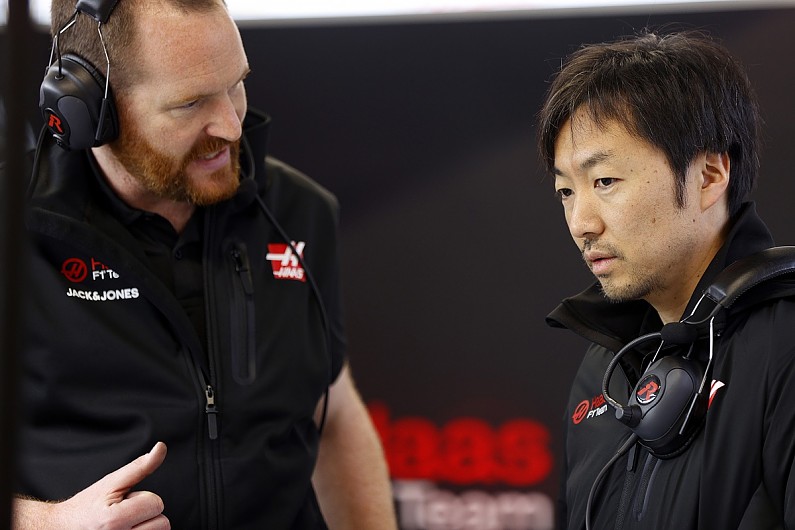 Not many people are aware, but we won't get an engine and the various power unit parts from our supplier until Wednesday afternoon, so we never have a complete car until Thursday.

Thursday is a scrutineering day, so the car has to be built to a certain level. Not necessarily ready to go out on the racetrack, but enough to do our legality checks for safety and performance. We'll also complete pitstop practice and leave the track when the car is completely ready.

We try not to leave anything until Friday morning. Yes, we have three hours before FP1, but there's all kinds of problems that can happen on a Friday morning, so on Thursday night before we leave the track the car has to be ready. Before track running starts we have to prepare the car systems for fire up. This involves remotely warming car components and, once temperatures have stabilised, keeping them correct.

Following this, there's a multitude of processes to complete. We will fire the car up, and complete all the systems checks. Being ready on time is one of the key factors of our group. We can't go "oh, don't worry, we'll get it done in the next five minutes", because we'll miss valuable track time. And that's really important, as track time on a Friday is key to a good weekend.

Saturday morning is the same routine, however the car is slightly different. During Friday night we convert it into our race car from our test car. The FIA-sealed components go on the car, we do a lot of work on things like set-up and a spec changes, whether it be aero or cooling options, which we've discovered from Friday's running. And then Saturday morning, when we roll the car out, that car really is our race car, because in between FP3 and qualifying we have very little time and after the last Saturday session, the cars go into parc ferme.

Then, hopefully, everybody gets a little bit of a break. If there are no problems, and once everybody's tidied up, we are free from approximately five hours after qualifying has finished.

For the mechanics, Sunday is mostly about pitstops. During the week we do a lot of practice. The first session is on Thursday, this is followed by more on a Friday, Saturday and Sunday morning and during the free practices. 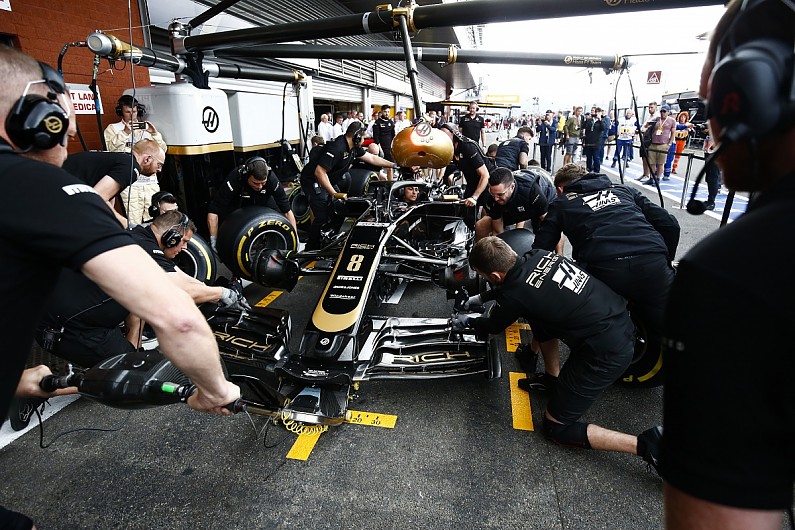 Once on the grid, we have 40 minutes before the race. There'll be some systems checks that the performance and data engineers do. Most of it is from a reliability point of view, because we are very restricted in what we can change. The temperature of the cars is stabilised and monitored. Some things are kept cool, others kept hot.

The drivers have their routine. They go and stand for the national anthem, come back, and we strap them in. Everyone attempts to be as calm as possible. And then, before the race starts, you have a countdown of time and certain operations to do until we release the cars for the race.

Making sure that the right specification of parts is on the car can make a huge difference. If you've got a wrong spec of a brake duct or an aero part then all your data is ruined

If everything goes to plan, the cars will pull up somewhere near the podium, which is parc ferme. They'll undergo scrutineering checks, and once those are completed and everybody's happy, the cars will be released. By this time the crowds are going home, but we still have seven-eight hours worth of work to do.

We basically take the car apart, return the power units back to our supplier and then pack everything up. And once that's completed and the garage is empty, we go back to the hotel and have a beer.

For me, I think it's ensuring that the information is passed on and in the most efficient ways possible. It is very important to build a car correctly. This sounds obvious, but making sure that the right specification of parts is on the car can make a huge difference. If you've got a wrong spec of a brake duct or an aero part - out of hundreds of different options of parts we have to go on the car - then all your data is ruined. So that attention to detail regarding the mechanical side and the preparation of the car is very important.

However, as I'm finding in this managerial role, motivating people is crucial. If you've got a group of guys that are well motivated and enjoying what they're doing, the mistakes are a lot less. If people are engaged and ready to fight, my job becomes a lot easier.

It may sound awful referring to the guys as tools, but there's no way I could fulfil my responsibilities without the mechanics I work with. I try to give them the information and keep them motivated. To me they're the most important subject when preparing the car. 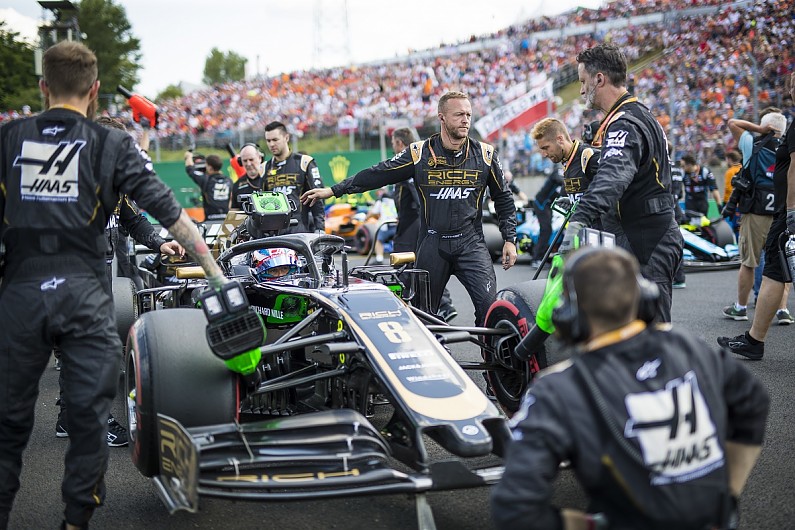 The third thing would be... it's easy to name a 10 mm spanner or a wheel gun, but I think it's more complicated than that. I think the tools you need are more things like enthusiasm. If you can't keep your head up and look forward, it's going to be very difficult for you.

The mechanics, it goes without saying. I spend all my time in the garage with them, supporting them, literally trying to ensure that they can do their best job. However, I do also have a lot of communication with the engineering coordinator, who brings all the engineering projects, car build spec etc.

We also have a reliability engineer. She is very switched on with what is going on trackside and back at the factory making sure that we don't miss anything related to past issues and potential issues for this event or the next.

Well, I have two daughters. So that takes a fair bit of time. I'm quite passionate about motorsport and about racing, so I have various different activities that I do related to that. But during the season it gets more difficult to do my hobbies.

When I come back from a race, I usually only have one weekend off. The last thing I should be doing is going racing again. The more complicated and long the seasons get, the less the race team do in the factory. Operationally, we rely on the people back at the factory.

If we're doing the European part of the season, when we have the ability to bring the chassis and major components back to the workshop via road freight, we will go to the workshop between the race and spend a couple of days getting ahead. 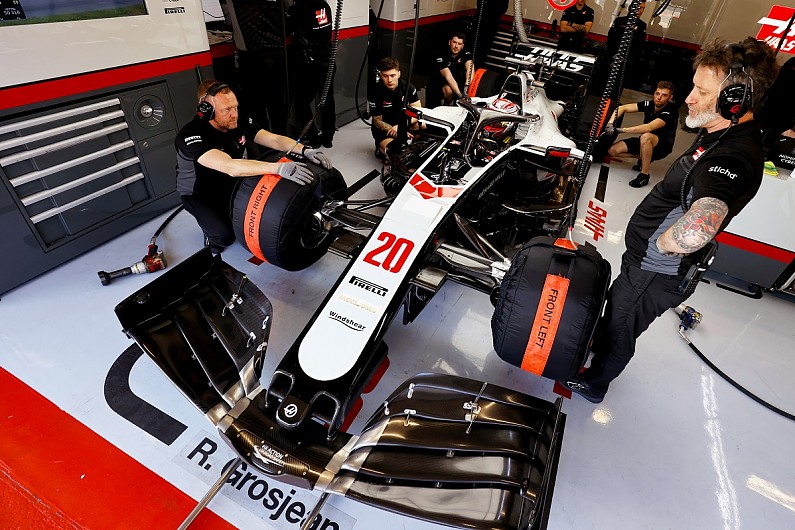 For example this could be servicing pit equipment and pitstop practice. But during flyway events, it's difficult to send lots of freight back. We do send some stuff back for service, but we rely on the factory and the factory guys to look after that.

I think there'd be less of a structure, less of an information flow without a chief mechanic. You definitely need a point of contact for the crew. The guys themselves are very busy.

I feel that in this role I've become a sort of a jack of all trades, master of none

There are lots of the times they need information straightaway, and I feel that in this role I've become a sort of a jack of all trades, master of none. I get an overview of what's going on with the cars, and I think without such a role there'll be an element where everybody is working hard on their individual part, but not necessarily considering the bigger picture.

F1 is the pinnacle of motorsport. Although I like the cars, I absolutely love technology and racing. When you combine these two, that is Formula 1: and what makes the sport so fascinating. 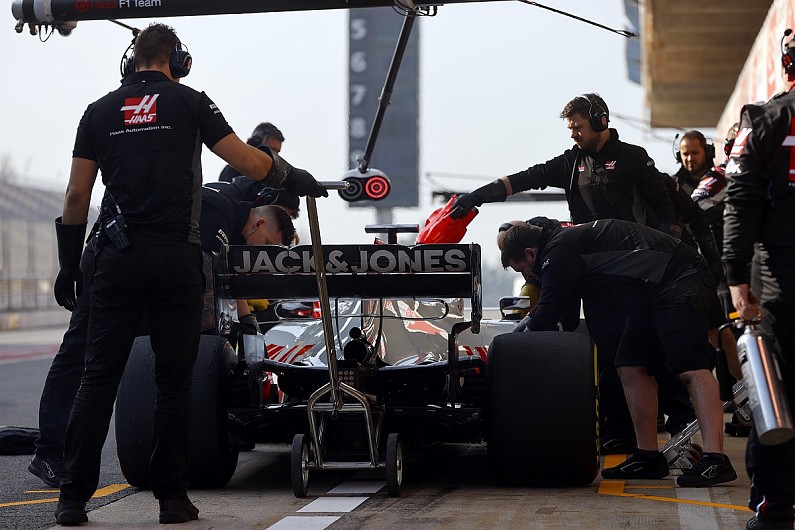