Former San Marino GP venue Imola took another step towards holding a Formula 1 race in 2020 when the FIA renewed its Grade 1 licence this week.

The licence formally confirms that the track is able to host a Grand Prix, which last played host to F1 in 2006, and whose Grade 1 license expired this week.

The logical date for a race is 13 September, forming the last leg of a triple header after the Belgian and Italian GPs.

"With the renewal of the license we are in the condition to host an F1 Grand Prix, having all the standards requested by the FIA," said circuit boss Uberto Selvatico Estense.

"We hope that such a dream comes true with the team work of the institutions and the region."

One complication is that the 13 September date has already been bagged by MotoGP for the first event at Misano, which is just 100kms from Imola. 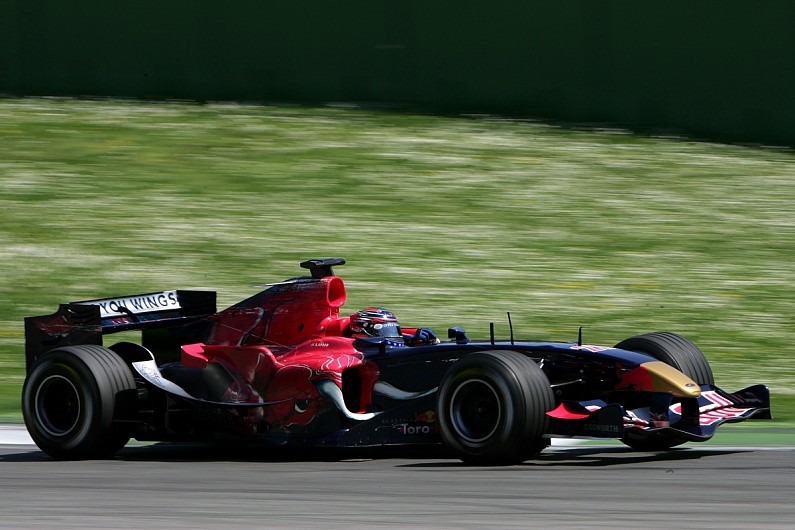 Mugello - which this week announced it would not be hosting a MotoGP race for the first time in 30 years in 2020 - has also been mentioned as a possible second Italian venue.

However it faces some comprises in terms of creating a locked down environment for teams, as personnel would have to stay in the busy city of Florence.

The AlphaTauri team is planning to conduct a filming day at Imola, provisionally on 24 June, with it unable to use Misano - which is closest to its Faenza base - that week owing to a two-day test for the Aprilia and Ducati MotoGP squads on 23-24 June at the circuit.

Should AlphaTauri run at Imola, the extra mileage would give the Italian team and Honda - and by extension Red Bull - some potentially useful data should Imola ultimately make it onto the calendar.

AlphaTauri is only the second team known to be running its current car before the season starts in Austria in July, with Racing Point planning a 100kms filming day at Silverstone next week, while Mercedes completed two days at Silverstone this week with its 2018 car.