The Aprilia MotoGP squad will resume testing for the first time since the coronavirus-forced shutdown took hold in March at Misano next weekend.

The outbreak of coronavirus has forced MotoGP to go on hiatus since the aborted premier class opener in Qatar at the beginning of March, with only the Moto2 and Moto3 classes having raced so far this year.

Plans have been put into motion to begin the season on 19 July with the first of two races at Jerez, billed as the Spanish Grand Prix and Grand Prix of Andalusia, pending government approval.

A recent statement from the Spanish government noted the importance of motorcycle racing to the country, and with La Liga set begin next week and tourism opening up from 1 July, MotoGP's return hopes have been dealt a significant boost.

Aprilia will be the next MotoGP squad to return to the track, as it gets set for a two-day private test at San Marino Grand Prix venue Misano with test rider Bradley Smith. 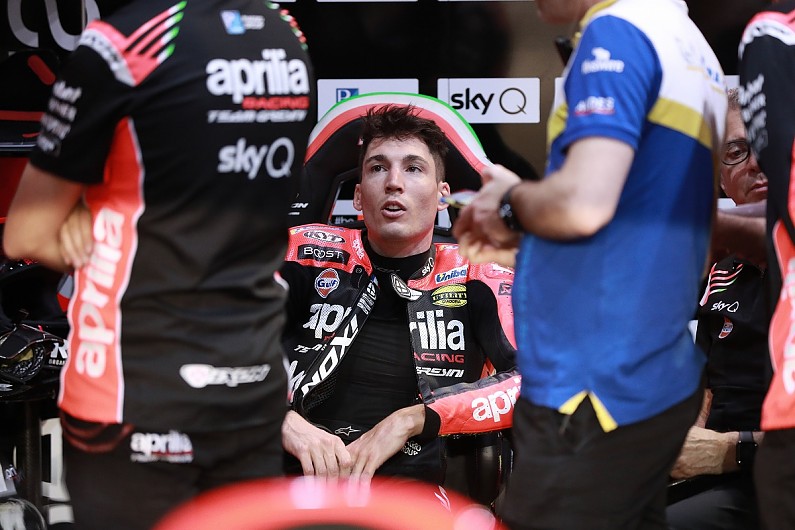 The Italian manufacturer will also be in action again at the end of the month, with test rider Smith and full-time rider Aleix Espargaro in attendance. Aprilia's other race rider Andrea Iannone remains suspended for failing drugs test, but could return to action if his appeal overturns the 18-month ban.

Autosport understands that this will be as part of the first group MotoGP test since February, as Ducati has rented out the circuit and other manufacturers are expected to join with its test riders on 23-24 June.

Only Aprilia and KTM will be able to field its race riders during these private tests owing to the concession rules both brands currently operate under in MotoGP.

An official International Race Teams Association-organised test is expected to be confirmed for the Wednesday 15 July prior to the planned opening round of the season.

On Monday MotoGP promoters Dorna Sports confirmed the 2020 season will be European-based until mid-November in order to run as many races as possible, with overseas events only taking place after that point should it be safe to do so.

This came after the Japanese Grand Prix was forced to be cancelled for 2020, joining the Qatar, Dutch, German, Finnish, British and Australian GPs as the races not appearing on a revised calendar.