Mercedes Formula 1 world champion Lewis Hamilton says the last-minute cancellation of the Australian Grand Prix due to the coronavirus crisis was a "shock to the system".

On Thursday in Melbourne Hamilton questioned why the F1 circus had travelled to Australia as the coronavirus crisis began to take hold, but nevertheless he hadn't expected the event to be called off on the eve of practice after McLaren withdrew when one of its team members tested positive for COVID-19.

In subsequent weeks other races have been cancelled or postponed, and the 2020 season is now expected to begin with no spectators in Austria in July.

"I think it really, really was a shock to the system," Hamilton said in a Mercedes video interview.

"Obviously on that Thursday I commented my opinion as to whether or not we should have been there, and to wake up the next day with the excitement that I'm going to be getting in the car, and then to hear that we're not going to be going to the track, it was very, very surreal.

"We weren't quite sure what was going to happen, and then you miss practice one, and the practice two went, and qualifying went. But I stayed there through the weekend.

"Every year I know how to get straight into the zone, I know what preparation means, I know how to be there and ready for the first race, so that we start off better than ever.

"Each year you're refining it a little bit, to make sure you arrive even better, and start on the right foot.

"And we didn't get to race. 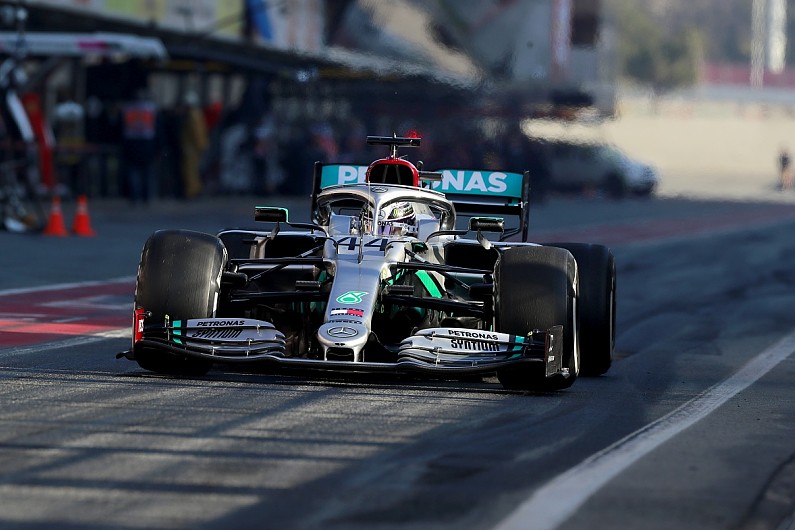 "It was definitely a difficult few days, and then following on that from that having something that you love so much, not taken away from you, but it's not happening at the moment. I miss driving."

F1's early races - if not all of them - in 2020 will be held behind closed doors, which Hamilton admits will have an atmosphere "worse than a test" for the drivers - but concedes it's better than nothing.

"Around the world, all the races we go to, the more fans are there, the more atmosphere we have," he said.

"That's why you have places like Silverstone and Monza. So it's going to be very empty.

"What's great is I'm getting messages from people around the world who are struggling during this period because they're not getting to watch sports, and it just shows how significant sport is in people's lives.

"It brings us all together, and it's so exciting and captivating.

"But for us it's going to be like a test day, probably even worse than a test day, in the sense that on a test day there aren't a huge amount of people that come to watch, but there are still some, whereas here you're going to have nobody in the crowd, and you're just going to see empty seats as you're driving round.

"But racing is racing. I don't think any of us have truly had time to unleash the potential of our cars.

"So I'm excited to get back in, I really, really do miss it."