Racing Point Formula 1 team principal Otmar Szafnauer believes it is realistic to get the new season underway in Austria at the beginning of July.

F1 officials are working to find a way to get the 2020 campaign together in the coming months after the opening 10 races were called off due to the COVID-19 pandemic.

Efforts are being made for the Austrian Grand Prix to go ahead behind closed doors on its scheduled date of 5 July at the Red Bull Ring, starting what could still be an 18-race season.

Racing Point team boss Szafnauer said that so long as the paddock personnel could be tested and cleared for COVID-19, starting the season in Austria was a realistic option.

"I think so," Szafnauer told CNN.

"If Austria do a very good job as a country to contain the spread of the virus into July, and there's testing available for all of the Formula 1 employees or participants to actually test, I think it's plausible to put on a race in early July.

"I think all the teams will be able to make it, no problem."

F1 confirmed on Monday it had identified Austria as the most probable season opener, starting a swing of European races behind closed doors through July, August and September.

This would be followed by events across Asia and the Americas through late autumn before ending the season with Bahrain and Abu Dhabi in December.

Officials in the Styria region where the Red Bull Ring is located have been in regular talks with Red Bull motorsport advisor Helmut Marko over the viability of the race going ahead. 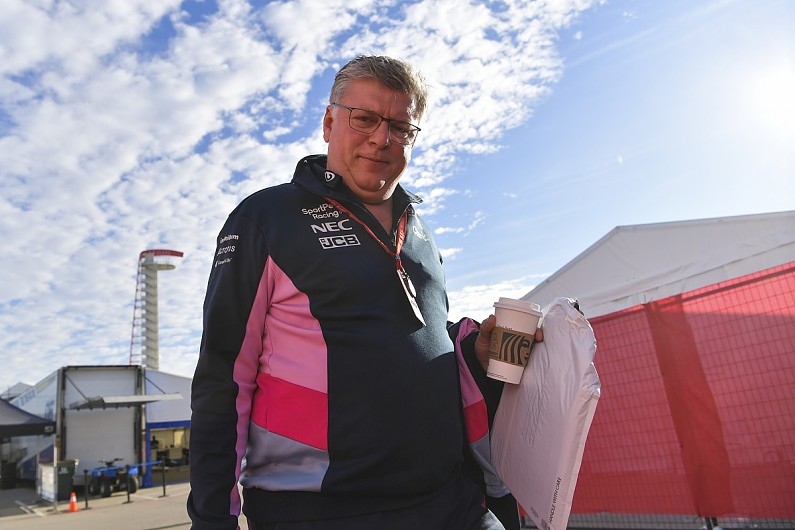 The Austrian government has said it will not "stand in the way" of any race taking place, but stressed the teams and other F1 personnel would need to adhere to strict guidelines when entering and exiting the country.

Hermann Schützenhöfer, the governor of Styria, has expressed his support for the race being held at the Red Bull Ring, believing it would be a boost for the region to put on such an event safely.

"Of course I support the idea of Formula 1 at Red Bull Ring coming to Styria even this year," Schützenhöfer told Austrian press agency APA last week.

"We must not lose our positive attitude during the crisis.

"It would be wonderful to send images from an exciting grand prix, as well as the beautiful images from the Murtal region around the world, at least via TV."

AlphaTauri driver Pierre Gasly said it would be "amazing" to get the season underway in Austria, but had received no additional information beyond what is known publicly about the chances of it happening.

"If it does happen at the beginning of July and we could start the season, that would be amazing," Gasly told the Sky Sports F1 Vodcast.

"It seems quite difficult in terms of organisation just to make it happen, but I think if the season starts at the beginning of July, it still gives us some time to make some decent number of races to the end of the year, and that would be great."