Charles Leclerc doubts Formula 1 team-mate Sebastian Vettel will be destabilised by his expiring Ferrari contract through 2020, expecting the German to be "very strong".

Leclerc managed to beat Vettel in their first season together at Ferrari in 2019, scoring his first two F1 victories in Belgium and Italy en route to fourth place in the drivers' championship.

The 22-year-old was rewarded for his good form, ending the year ahead of Vettel in the points standings, with a new long-term contract that will keep him at Ferrari until the end of 2024.

Four-time world champion Vettel is now in the final year of his contract, but Leclerc does not think the uncertainty over the German's future will have any bearing on his form.

"I feel very lucky to be in a position where I have a long-term contract, and I'm happy to be in this position," Leclerc said.

"I also know his position in a way, as my last two years I only had a one-year contract.

"I don't think it will destabilise him so much. He's a very strong driver, and I expect him to be very strong anyway."

Ferrari has said retaining Vettel is its preferred option for 2021, but Renault recently refused to rule out a potential approach for the 2010-13 champion should he become available. 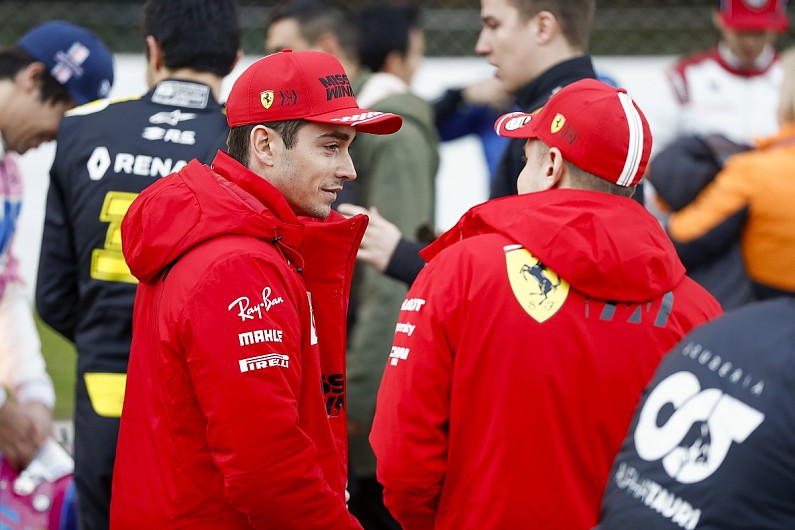 Asked whether he wanted Vettel to continue at Ferrari, Leclerc replied: "I'm very good with him by my side.

"But I would respect Ferrari's decision in case they want to change."

Leclerc and Vettel experienced a tense first year together at Ferrari through 2019 amid disputes over team orders, with the pair then clashing on-track at the Brazilian Grand Prix.

Both drivers have always stressed their relationship remained unharmed by the incidents, with Leclerc saying in Australia it has "always been good."

"Last year there have been some tricky moments, but our relationship stayed the same," Leclerc said.

"I think is a good thing, that we are both mature enough to do the separation between what happens on-track and out of the track."