Australian Grand Prix promoters are "in discussions" with the FIA, Formula 1 and the state of Victoria regarding the "broader implications" of a McLaren team member testing positive for coronavirus.

A statement from the Australian Grand Prix Corporation, attributed to its CEO Andrew Westacott, revealed that eight F1 personnel have been tested for COVID-19 following the F1 paddock's arrival to Melbourne ahead of Sunday's scheduled season opener.

Seven of the tests came up negative, but a McLaren team member has tested positive, leading to the Woking-based outfit's withdrawal from the event.

Westacott also notes that another individual "not associated with any Formula 1 team, the FIA or associated suppliers" has been tested for coronavirus, with the results of the test still pending.

The individual is understood to be a local photographer.

Westacott's full statement reads: "The Australian Grand Prix Corporation and Formula 1 have been advised by the Victorian Chief Health Officer of the results of tests relating to eight personnel from the Formula 1 Paddock.

"Of these eight tests, seven individuals have returned a negative result confirming that they do not have the COVID-19 virus. 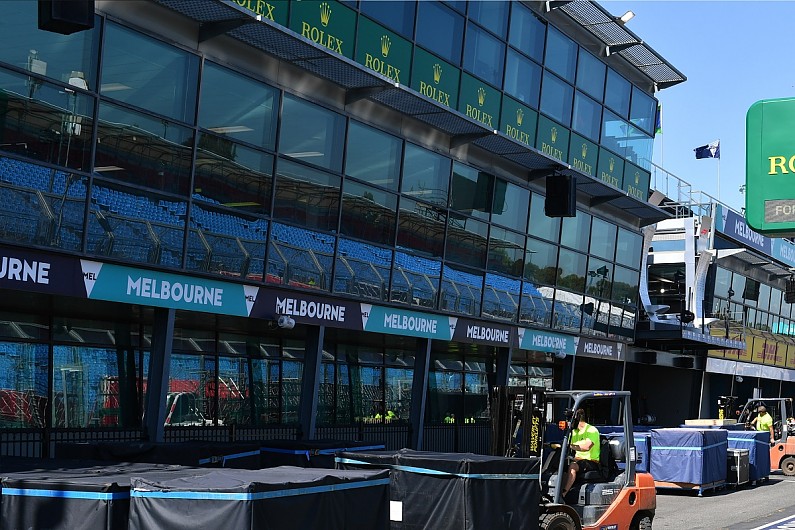 "An eighth individual has tested positive for the COVID-19 virus. It has been confirmed that the individual was a member of the McLaren Racing Team.

"As a result of this, McLaren has announced its withdrawal from the Formula 1 Rolex Australian Grand Prix 2020.

"The AGPC is currently in discussions with Formula 1, the FIA and the Department of Health and Human Services in relation to the broader implications of this test result.

"Additionally, a ninth individual has been assessed and tested for the COVID-19 virus, with the results of this test pending.

"This individual is not associated with any Formula 1 team, the FIA or associated suppliers.

"The AGPC will provide updates as further details become available."

A statement has also been released by F1 and the championship's governing body FIA.

It reads: "Following the outcome of the test on a member the McLaren team, F1 and FIA have been in close contact with them on their decision and have been coordinating with all relevant authorities on next steps.

"Our priority is the safety of the fans, teams and all personnel at the race."

Autosport understands team bosses are currently in discussions with F1 over what happens next.