Following the employee being put in to self isolation after suffering symptoms of the virus and tests being taken, the results have confirmed he has been infected.

In a statement issued on Thursday night, McLaren said it was withdrawing from the season opening F1 grand prix.

"The team has prepared for this eventuality and has ongoing support in place for its employee who will now enter a period of quarantine.

"The team is cooperating with the relevant local authorities to assist their investigations and analysis.

"Zak Brown, CEO of McLaren Racing and Andreas Seidl, team principal of McLaren F1, informed F1 and the FIA of the decision this evening.

"The decision has been taken based on the duty of care not only to McLaren F1, employees and partners, but also to the teams' competitors, F1 fans and wider F1 stakeholders." 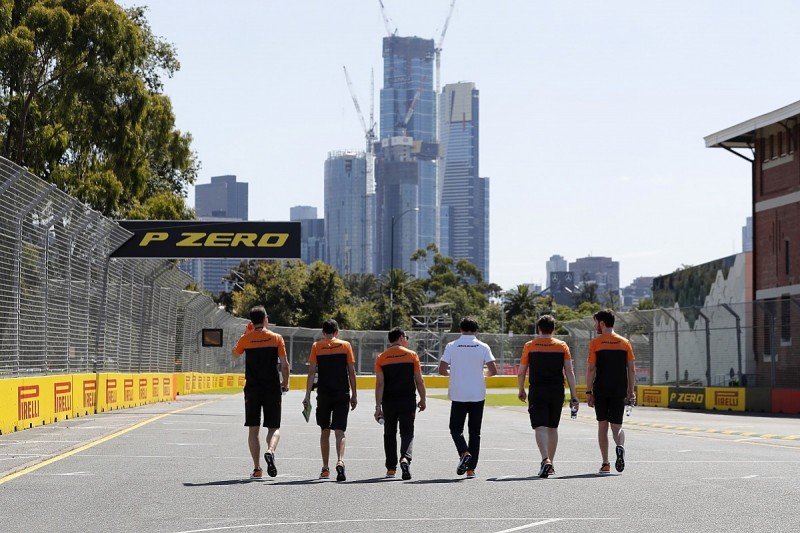 The McLaren team member was one of five F1 team personnel who had been tested for coronavirus over the Melbourne weekend.

Four members of the Haas team, believed to be one engineer and three mechanics, were also tested for coronavirus after displaying symptoms.

Haas confirmed on Friday night that all four of its team members had returned negative results from the tests.

The decision by McLaren to withdraw from the event comes amid growing frustration from teams and drivers about the difficult position they have been put in this weekend.

With F1 chiefs determined to push on with the season opening grand prix, there had been growing concerns in the paddock about the risks that the sport had been taking amid the global pandemic.

World champion Lewis Hamilton said earlier on Thursday that he was shocked that F1 had continued with holding the race in Melbourne.

"I think it's great that we have races, but for me it's shocking that we're all sitting in this room."

Later on, asked why F1 had been so determined to push on with the race, he said: "Cash is king, but honestly I don't know. I can't really add much."

Meanwhile, Sebastian Vettel suggested that he and his fellow F1 drivers would "pull the handbrake" should the coronavirus situation escalate.

Discussions ongoing on impact of McLaren withdrawal from Australian GP