Formula 1 French Grand Prix organisers say Paul Ricard changes to improve overtaking could be made "in four days" once approved by the FIA.

As Autosport reported back in December, Paul Ricard believes the racing spectacle can be made better if tweaks are made to the first section of its track.

The event's new managing director Eric Boullier told selected media, including Autosport at an event in Paris on Monday, that plans have been submitted to the FIA and the hope is that the revamp can be ready in time for this year's race.

"We've been working for several months now, and we're at the final stage," said Boullier.

"We have made a track change request following all the work that has been done with FOM.

"There has been a lot of back and forth simulation work with FOM, and things are well advanced as there's a version that's now in the homologation stage with the FIA."

The proposal is for the tight first sequence of corners to be opened up, which will then deliver a much bigger first braking point at the Sainte-Baume area of the circuit.

"That would make two big straights [here and the back straight], and two overtaking zones," said Boullier.

"In any case, on the simulations, the cars are clearly getting closer, and if you can't get past at Sainte-Baume, you'll do it at the first chicane.

"The idea is also to force the teams to have less downforce." 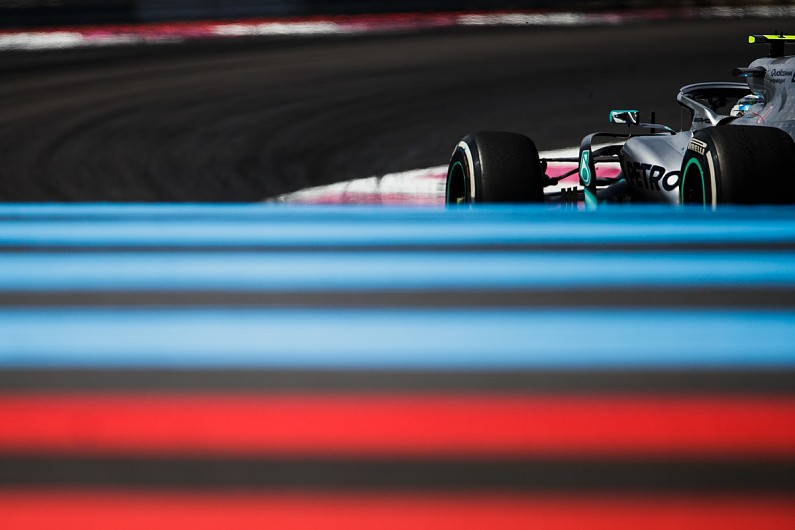 While Paul Ricard is eager for the changes to happen, they need to get signed off by the FIA first.

And although no final decision has been made on that front, there is no urgent rush for a call on that yet.

When asked how long the track changes would take to be made, Boullier said: "Four days' work, or more precisely four nights."

Boullier also reiterated that the chicane on the back straight, which has delivered overtaking opportunities over the past two years, would stay in place.

"We're keeping the chicane, of course. You must know that if you want some overtaking, you have to make 90-degree turns and, at the end of the straight, it's a flatout corner.

"So there's little chance of [overtaking] happening there. The layout we want will favour a second overtaking zone."