Former FIA president Max Mosley says an upcoming documentary about his life tells the full "warts and all story", which premiers at the Manchester Film Festival on March 8.

A newly released trailer has provided the first look at 'Mosley', which will include material he admits he would have left out had it been up to him.

The film does not shy away from controversy, covering Mosley's relationship with his father Oswald - leader of the British Union of Fascists in the years before World War 2 - as well as the fallout from the News of the World revelations about him in 2008, and his subsequent campaigning for media privacy.

'Mosley' has been produced and directed by Michael Shevloff, who was previously responsible for 2013's '1:Life at the Limit', which focused on Formula 1 safety and the role of Professor Sid Watkins.

The executive producer is Paul Crowder, who was also involved in 'Life at the Limit', as well as acclaimed documentaries on The Beatles, The Who, Luciano Pavarotti and the New York Cosmos soccer team.

Writer/producer Alexandra Orton's credits include the BBC family history series, 'Who Do You Think You Are?'

Along with Mosley, among those also appearing in the film are ex-F1 chief Bernie Ecclestone, current FIA president Jean Todt, Flavio Briatore, Gerhard Berger and Mosley's late partner at March Engineering - which Mosley was a co-founder of - Robin Herd. 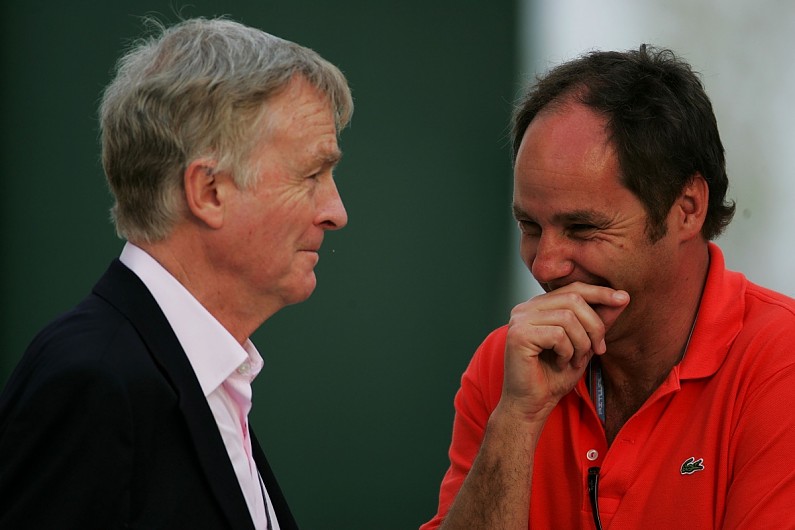 "It was going to be about how the Ayrton Senna and Roland Ratzenberger accidents in 1994 led to Euro NCAP and the whole revolution in car safety," Mosley told Autosport.

"That's quite an interesting story that a lot of people don't know. And then it gradually expanded and morphed into something more about me.

"It's got everything in it, including the News of the World and what's happened since.

"Bernie's interview is interesting, because they go into the whole thing of whose side was he on when the story came out.

"Someone asked does it include Hitler being a guest as his parents' wedding? The answer is yes it does. It is a warts and all thing, and that probably makes it more interesting to third parties.

"There are one or two elements in it that if I were in charge, I would cut out. But then it would take away the whole point of it - it needs to be independent."

Mosley says that aside from the personal stories there is much to appeal to racing enthusiasts.

"For a motor sport person it is interesting, because it's got so much old footage. Some of the stuff about March I'd either forgotten, or never seen.

"It's an awful lot to cram into something that's even as long as an hour and a half. It's a little like my book - I wrote the book and then chopped 20,000 words out of it, because it was just too long."