Sergio Perez believes his Racing Point team has more room to grow than any other outfit in Formula 1, having been hindered by its 2018 crisis this past season

In its previous iteration as Force India, the Silverstone-based team enjoyed steady improvements in results year-on-year, but this did not prevent it from running into financial trouble and having to go into administration in 2018.

The team's future was secured after a takeover by a consortium led by Lawrence Stroll, but its relative performance slipped last year and it dropped three places to seventh in the constructors' standings.

Perez, who described Racing Point's difficult campaign as a "legacy" of its '18 travails that would have impacted the RP19's design process, says this season will offer a more representative picture of what the team can be under new management.

"There is very big, huge potential in this team," Perez, who still salvaged a 10th place in the drivers' standings, told Autosport.

"I think this year we should be able to see it.

"I don't think there is a team that can grow as much as this one already for this year, and [the new ruleset in] 2021 is a big opportunity for us to mix with the big boys.

"I think last season, the way I see this, we kind of expected to have a bit of a setback.

"I think the momentum, it's with us. Things are looking great, especially for this year.

"I think it's is a big year coming up for us because it's absolutely the first year where we will see the new administration of the team get into play." 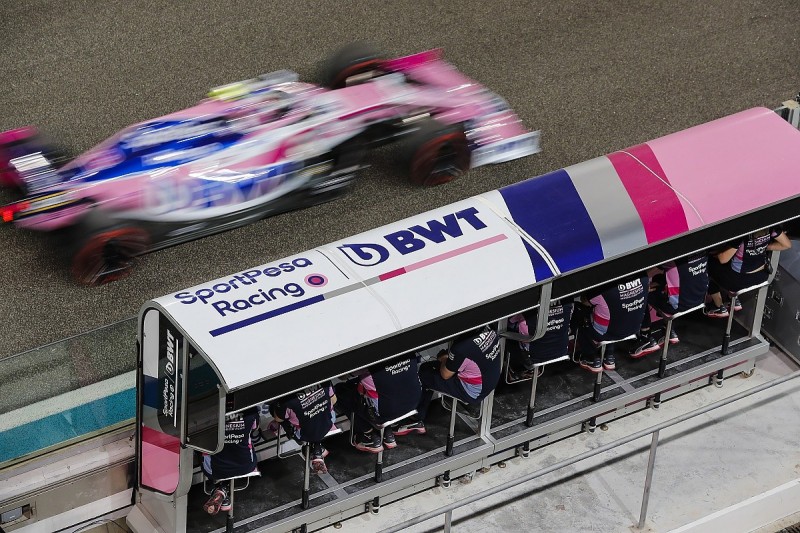 His team-mate Lance Stroll, 15th in his first season with the outfit, echoed Perez's sentiments.

"I think it is a massive opportunity going into this year to pick up form," Stroll told Autosport.

"Everyone's going to keep working as hard as they can over the winter, that's the game, but hopefully we will make the biggest jump.

"So I really do look forward to this year.

"If I look back on last year, we came into the season with some struggles because of where we were this time last year and the troubles that the team had and that really delayed the process of development.

"So if I look at where we stand now and going into next year, definitely we got a head start on where we were this time last year [in 2018], so that really does excite me.

"But it is such a competitive midfield now that will only find out when when Melbourne comes around."

"Warts and all" Max Mosley documentary to be released in March