W Series CEO Catherine Bond Muir has defended the Ferrari Formula 1 team announcing an intention to promote a female driver and that it is not "just a marketing plan".

In a meeting with journalists in December, Mattia Binotto said Ferrari would like to support a female driver, noting that "women should be part of the Ferrari Academy" and said the team was "working right now" to ensure it would happen "soon".

The comments were met with criticism on social media and suggestions that it was a marketing stunt, but Bond Muir said Ferrari's interest in women drivers is genuine.

"Obviously I would hope that that driver [being supported by Ferrari] would come from W Series," said Bond Muir.

"I know that Ferrari have come into some flak on social media, but what we all have to remember is if we cast our minds back to a year ago, there weren't very many women involved in motorsport at a high level.

"If you all look back to the amount of time that you were writing about women in motorsport, it was much, much less than it is now.

"I think that is what we have to applaud. What is happening is that the tide is rising for all women in motorsport. I think what Ferrari are trying to do is to help that tide to rise.

"I don't think it is just a marketing plan, I think they really, genuinely want to see if they can get a woman into F1, and if they can attract a young superstar, and take them through their academy, and be the first team to get a [female] driver into F1, then frankly hats off to them." 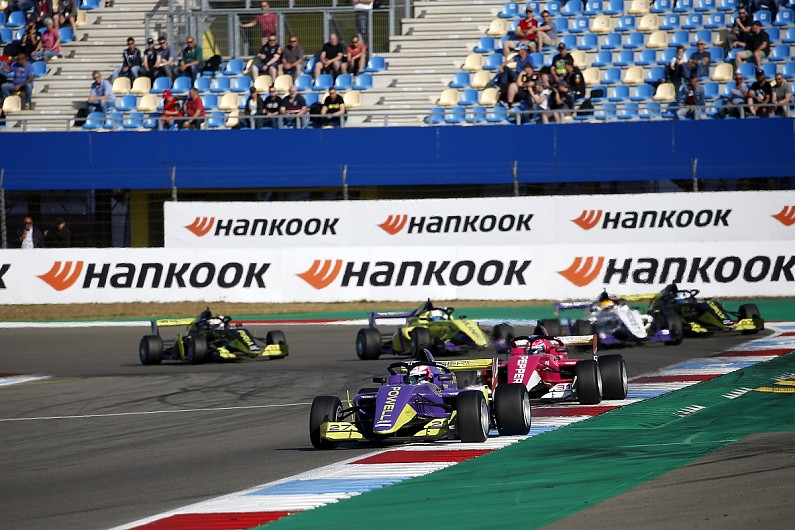 Bond Muir said: "Progressing within motorsport requires people to have access to a lot of money because you need the support and the sponsorship as well as the talent to progress.

"And I think this will give our drivers is a much bigger and better platform in which to promote themselves. So hopefully, as their careers progress, they will be able to attract more sponsorship.

"So I do think that this is of crucial importance. And certainly F1, as in Ross Brawn's quote today, he says that their ambition is to get women into F1.

"But I think W Series, as well as a whole variety of other efforts that are undertaken around the world at the moment, we're still nascent in our ambitions of promoting women into F1."

W Series earned a boost over the off-season when the FIA confirmed that it was eligible for superlicence points, with the champion earning 15, putting it in-line with series such as Indy Lights and the World Touring Car Cup.

As part of the move, W Series' 2020 champion will not be able to remain in the series the following year.

Bond Muir says the awarding of superlicence points is a significant step for W Series.

"We are closer to getting women into F1, and obviously at the end of our second season, our champion will have 15 superlicence points that will help them on their way," she said.

"But then that champion will have to go on into another championship, and hopefully get superlicence points in that next championship."