Lando Norris says McLaren has been working to address a particular cornering weakness from its previous car with its 2020 Formula 1 machine.

After new front wing rules were introduced for 2019, F1's technical regulations have remained stable over the winter ahead of the major rules overhaul coming for 2021, which means the new designs are likely to be evolutions of the existing cars.

McLaren said last year that it was considering making concept changes for its 2020 car, and Norris, who was speaking on-stage at Autosport International 2020, explained that the team has been focused on addressing the main areas where it felt the MCL34 was weak.

When asked how confident he was feeling about the upcoming first race in Australia, Norris said: "Things aren't as different as what they were last year.

"Last year was a completely different car, with a lot of mechanical problems.

"And you don't always hear about every problem that goes on in a team and in Formula 1. But we were kind of suffering a bit at the beginning of last year.

"And there was a new car. So, we were trying to get as much understanding as we could get.

"Whereas this year's car is much more of an adaptation from last year. It's just working on all of the areas. 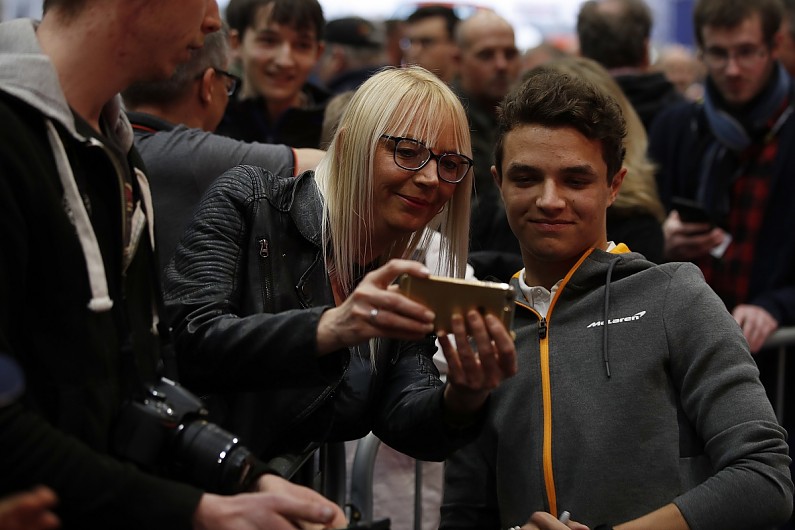 "I [also] want to say I'm more confident in my own driving, because it's my second year in Formula 1, so I now feel a lot more confident.

"But also the team has done a very good job and [is] working on, particularly obviously the areas which we were not good [at] last year - that we were quite weak in.

"Which was almost every corner but there's still more specific corners, which we struggled in.

"So it's trying to work on those areas and, from the results I've seen, it's looking positive. It's going in the right direction, but we still need more to be really competitive."

Norris also discussed his relationship with his team-mate Carlos Sainz and credited their strong rapport with McLaren finishing fourth in the 2019 constructors' championship - its best result since 2012.

"We're both looking at the longer game of 'if we both want to achieve what we want to achieve, which is to win races, to win championships, the best thing is to work together'," said Norris.

"We wouldn't have finished P4 in the championship as a team if we didn't work as well together as we did last year.

"A big part of what we have achieved is because of how we work together, how we help each other, how we try and help the team.

"At the moment, it's only benefiting us in every way.

"I hope it continues because I just want to have fun and enjoy it and he does as well."