Honda's improved reliability in Formula 1 has allowed it to invest more time in performance development instead of being distracted by "clean-up" work finding fixes to problems.

The Japanese manufacturer's first year with Red Bull included three wins, two pole positions and a full season without a retirement caused by an engine problem.

Though Honda still needs to prove it can complete a full year penalty-free, as Red Bull used extra engines this year to facilitate its partner bringing more upgrades to catch Ferrari and Mercedes, its gains in reliability and performance made it a much more serious competitive prospect in 2019.

Honda's collaboration with Red Bull began last year when Honda supplied the company's junior team Toro Rosso, but a full year with the senior team has highlighted extra benefits of its improved reliability and given more insight into where it must devote further efforts.

"I believe we have learned what is a priority for qualifying, or how to win the race," Honda's F1 technical director Toyoharu Tanabe told Autosport.

"I'm asking Sakura on the Japan side to focus on some key points to improve. We learned a lot.

"It means we can develop positive items, not a countermeasure test or bench test.

"We spent a lot of time on something that was a clean-up test [before].

"Now we can put more time to improve our performance. Then we can think about the more detail with each area."

Honda's performance targets are set by a collaboration between its trackside and research-and-development teams, plus consultation with Red Bull's chiefs and its drivers.

It will keep a "very similar" engine concept for 2020, owing to the stable nature of the technical regulations.

Red Bull's status as a race-winning team meant this season represented Honda's best chance of success since returning to F1. 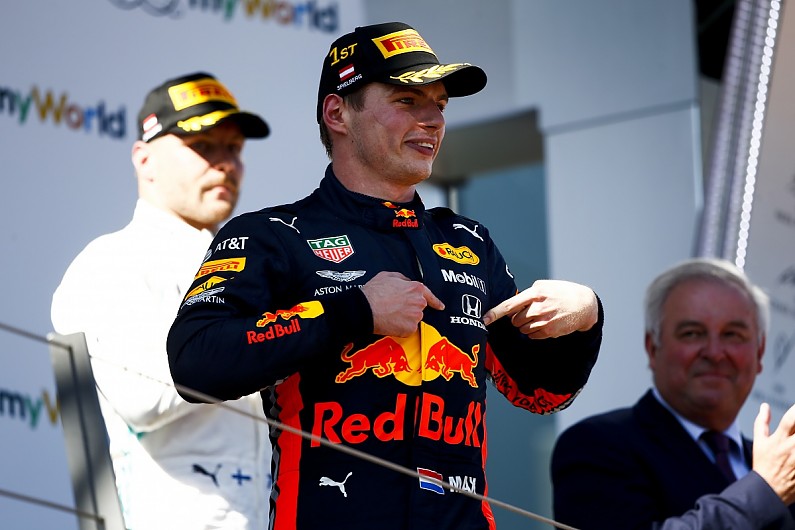 Tanabe is delighted Honda was able to make the most of that chance, by scoring its first podium of the V6 turbo-hybrid era and ending a win drought stretching back to 2006.

"We could show our improvement - good positive progress this year, not only Red Bull but also Toro Rosso," said Tanabe.

"It was very nice for all the people working for this project and people in Honda. So I want to keep this momentum for next year.

"We need to push more to achieve our goal [of fighting for the championship]."