Ferrari thought it was half a second clear after the first week of Formula 1 pre-season testing and was confident of fighting Mercedes before a "cold shower" in Australia.

The debut of the SF90 at Barcelona left Ferrari and its drivers buoyant following the first week of testing in Spain, and though Mercedes ended the second week strongly it appeared as though Ferrari still had a performance advantage.

However, Mercedes went on to dominate the season-opening Australian Grand Prix - and win the first eight races, with five consecutive one-two finishes - while Ferrari failed to even score a podium in Melbourne.

Reflecting on Ferrari's season, team principal Mattia Binotto told journalists including Autosport at a media lunch that its optimism and expectations changed drastically after testing.

"We were certainly quick the first week," said Binotto. "We were very strong.

"We thought we had a clear performance advantage on all the competitors to say the truth, that more or less in the first week we were half a second faster over other teams.

"On the second week [of testing], Mercedes brought upgrades.

"If we look at the overall best lap time of the second week, when everybody was trying lower fuel configurations and was starting pushing on the engine mode, we did exactly the same laptime of [Lewis] Hamilton."

Binotto said Sebastian Vettel and Charles Leclerc reported a lot of grip at the rear of the car and strong stability under braking on the newly-resurfaced Barcelona track. 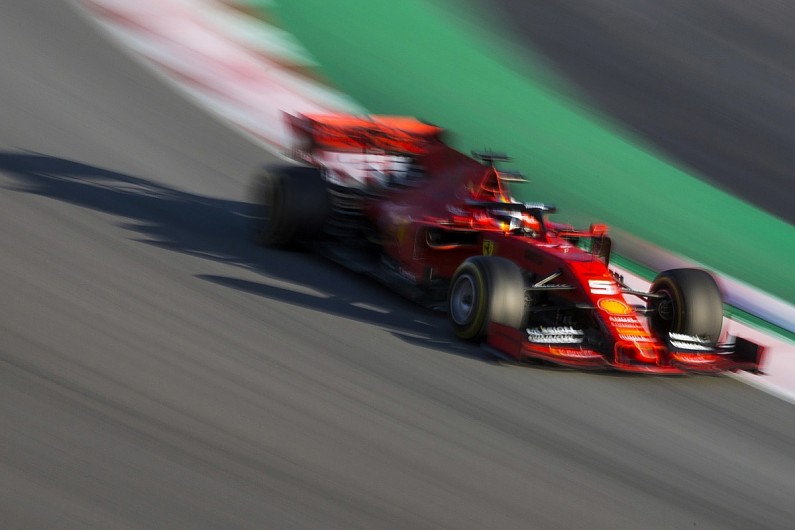 Those areas became weaknesses for Ferrari, hurting its one-lap performance and tyre management and limiting Vettel's confidence in particular, but did not become apparent immediately.

"I think we still had a great confidence of our performance [after testing]," Binotto said.

"Going to Australia we had a good level of confidence that we could battle for the victory.

"But once there it was a cold shower for the entire team. We realised that our performance was not great enough.

"There were good reasons for not having a great performance, we made a bad choice in terms of cooling and on power unit management, there are few things that were wrong at the time.

"But overall we were certainly too slow compared to our expectation."

When Leclerc qualified on pole and almost won the next race in Bahrain, Binotto was hopeful that Australia was just a "nightmare" race.

However, over subsequent grands prix Ferrari realised how much work it needed to do.

"And since it took us too much time, this is the first weakness of our season," Binotto said.

However, Binotto praised Ferrari for how it responded to those troubles.

"The team had the right spirit," he said.

"Even if we have not closed completely the gap, especially in cornering, I believe that in the second half of the season we addressed positively the problems we had.

"This shows that the team is capable of developing and moving in the right direction.

"That's the positive of the season."