Mercedes Formula 1 driver Lewis Hamilton was penalised for his Brazilian Grand Prix collision with Alex Albon before the scheduled FIA hearing because he declined the opportunity to defend himself.

Hamilton tapped Albon into a spin as they battled for second on the penultimate lap at Interlagos.

The incident was immediately placed under investigation but the stewards decided to hear from both drivers - giving the world champion a chance to explain his view of the clash - rather than imposing an instant time penalty so summoned Hamilton to a meeting instead.

That decision meant Hamilton went to the podium to celebrate his third place on the road, while Carlos Sainz Jr - who ultimately picked up the position - missed the opportunity to do so.

The situation contrasted with the recent similar late race incidents involving Daniil Kvyat in both the Mexican and United States GPs, when the Toro Rosso driver was penalised minutes after the flag without his views being heard.

But even before he was summoned Hamilton had admitted culpability in the post-race top three TV interviews conducted on the grid by Rubens Barrichello.

Rather than Hamilton appearing in front of the stewards, Mercedes sporting director Ron Meadows passed on the message that his driver had admitted he was at fault and in effect obliged the stewards to award a five-second penalty, as race director Michael Masi explained.

"They were going to do a post race investigation," said Masi. "So they did summon both drivers. But the team admitted to the breach.

"They came down and said 'You don't need to summons us. Lewis has admitted it', apparently from what Ron said, and that was it.

"There was an investigation, but you investigate, and you've got the team that comes down and says, 'We made a mistake,' it becomes a very simple investigation to the other side!" 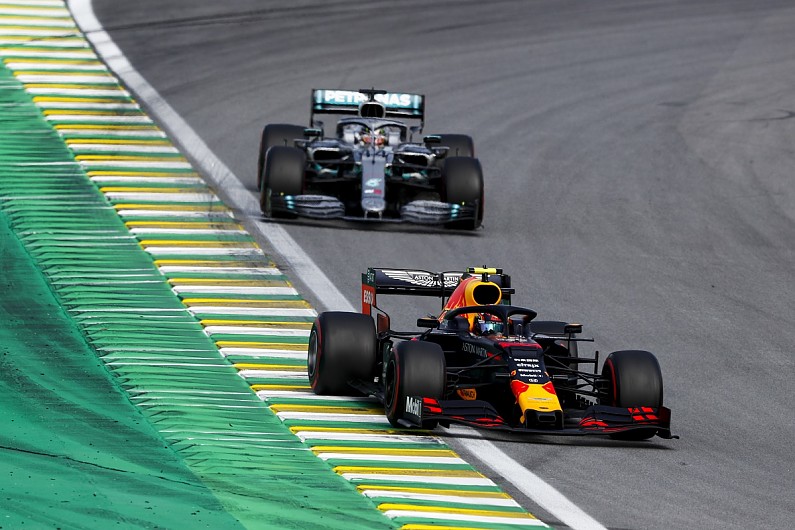 Masi agreed that the stewards faced "a catch 22" - wanting to give Hamilton a chance to state his case because a top three position was at stake, but also facing urgency to make a quick decision so that the right driver appeared on the podium.

Hamilton apologised to Albon after the race.

"I totally accept the blame as I was coming from behind," said Hamilton.