Ferrari Formula 1 team-mates Sebastian Vettel and Charles Leclerc have been summoned to see the Brazilian Grand Prix stewards over the collision that took them both out of the race.

The pair were battling for fourth soon after the first safety car restart when the incident occurred.

Leclerc had overtaken Vettel into the first corner but his team-mate had the better run onto the following straight and moved back ahead, only to make contact with the sister car as he did so.

While Leclerc had to park immediately with broken suspension, a rear puncture meant Vettel did not get much further.

Ferrari team principal Mattia Binotto suggested "both of them have got at least a small percentage of responsibility" for the clash in an interview with Sky.

"I think the drivers need to feel sorry for the team - because at the end, they were free to fight," added Binotto. 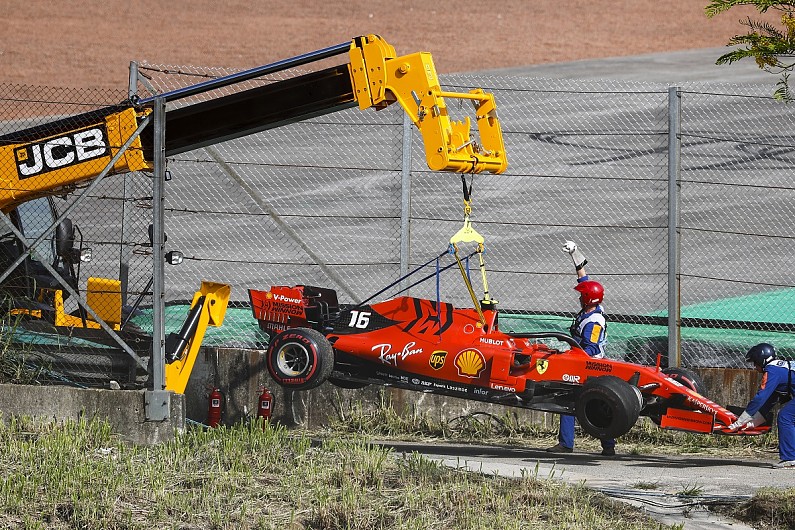 "Free to fight but they know that silly mistakes are something we should avoid for the team itself.

"With the drivers, I had already a chat with them and I don't want to judge now, they should not judge now, there will be a time to do it all together."

Both drivers expressed fury about the other over team radio but then calmed by the time they talked to television crews.

"I didn't have much space to the right and obviously had a better run out of Turn 3 and tried to pass, that's it," said Vettel, who called it "a shame for the team obviously".

Leclerc suggested Vettel "started to squeeze me a little bit to the inside, and we were very close. Everything happened very quickly, and as soon as he went to the inside we touched".

But he added: "I'm pretty sure we are mature enough to put that behind us".