Daniel Ricciardo insists he feels happy rather than bitter about his previous Formula 1 team Red Bull-Honda's impressive form, after Max Verstappen took another pole at the Brazilian Grand Prix.

The gains that Honda has made with its engine became even clearer at Interlagos on Saturday as Red Bull's strong performance on the circuit's long straight combined with its speed in the twisty infield to secure Verstappen the top spot on the grid.

Ricciardo had the opportunity to stay at Red Bull for sixth season this year but instead chose to leave for Renault, which is yet to get on the podium in its current incarnation.

Asked by Autosport if Honda's form in Brazil had surprised him, Ricciardo said: "Yeah, I was impressed with that.

"I've been with Max for three years so I know he's capable of putting a car on pole, but I think to have that pace - I mean it's a downforce but it's also a power circuit - was impressive.

"So they certainly found something. Hats off to them.

"And actually hand on heart, some people are like, 'ahh, he's probably bitter a Red Bull got on pole', but I think it's great.

"I want to see more teams fight for it. The last few races has been Mercedes or Ferrari on pole, so with Red Bull it's good.

"Now obviously it's our job to get up there, but I'm glad that it's now a three-way fight." 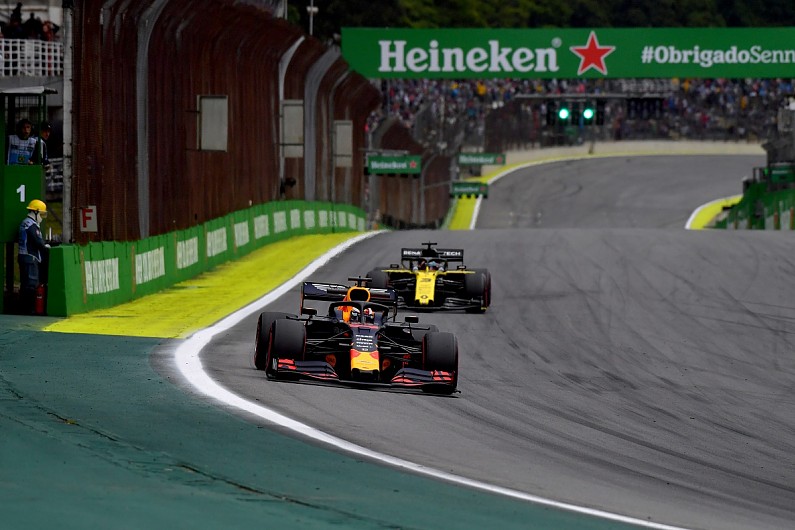 Ricciardo does think that Red Bull-Honda performs better at tracks at altitude, with the Brazilian GP one of three races at higher venues.

"There is a trend with the Red Bull and I guess having a good aero package, they do seem better you know with these high altitude places," he said.

"Look at Mexico. The last few years they've always been strong here as well. And Austria.

"So, for sure the Honda, they've made progress, but it seems the car is certainly working better.

"When maybe the others lose more, Red Bull can hang on to some of the downforce.