Haas has brought a new front wing for its home Formula 1 grand prix at Austin, as it seeks to explore a new aerodynamic development direction for 2020.

Having run a largely-unchanged specification of front wing throughout the season, Haas's new geometry is similar to that run by the Ferrari team.

This includes the more curvaceous wing elements, which drop at the tips to promote the much-desired outwash effect to drive airflow around the front wheels.

The adjustable part of the wing now comprises of just two flaps, with the third now attached the wing's mainplane.

There have also been modifications to the endplates, adding a small rectangular cut-out to assist with the outwashing of air, while the footplate has been shaped similar to Ferrari's current design.

Kevin Magnussen will debut the new front wing in Friday practice, and its performance will be compared back-to-back with Romain Grosjean running this year's specification. 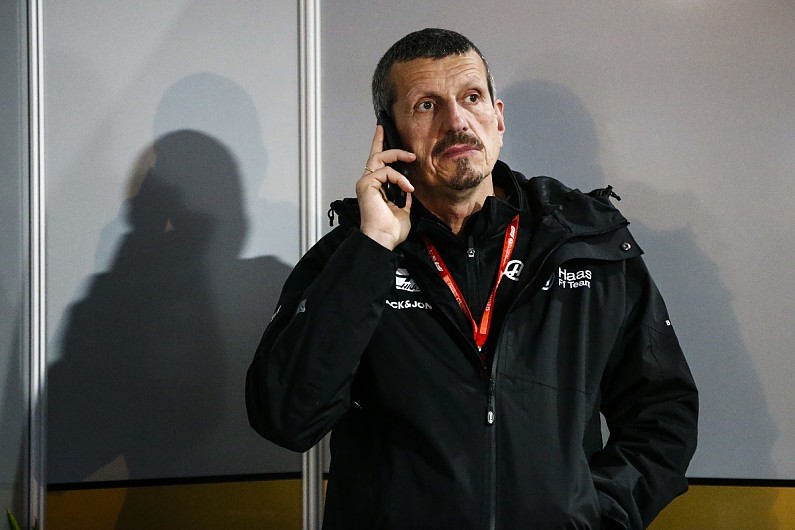 "It's to get more understanding of the car, it's not like an upgrade, but to test some variants.

"[And] then we'll be getting into next year to understand what we are doing."

When asked if it would be raced, Steiner added: "We don't know what comes out of the test, we haven't decided yet."

Haas's aerodynamic problems have been well-documented this season, and the team has frequently run both cars on different specifications to understand the culprit behind its troubles.

Grosjean led a decision to revert to a hybrid Melbourne-spec aero package during the middle of the season, having felt that the subsequent upgrades had caused the team multiple issues with regards to achieving the correct tyre temperatures.

Although Steiner confirmed that the front wing may be part of the team's 2019 woes, he suggested that the team had uncovered more behind the VF-19's underperformance.

"The front wing is part of it, it's in the front and it affects everything, that's why we are trying different solutions to see if we can see that.

"We need to go back to see what works and what doesn't, but I'm pretty confident we can fix it for next year."