Charles Leclerc has been penalised by the FIA Formula 1 stewards for not pitting to replace his Ferrari's damaged front wing on the Japanese Grand Prix's opening lap. 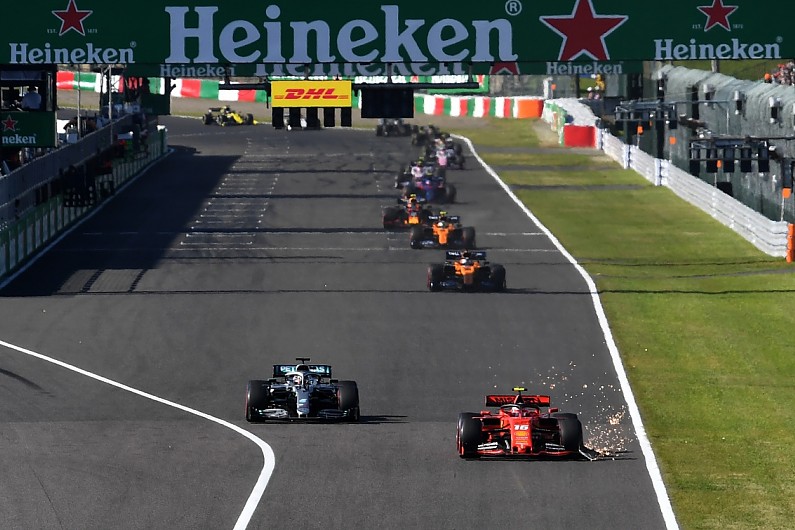 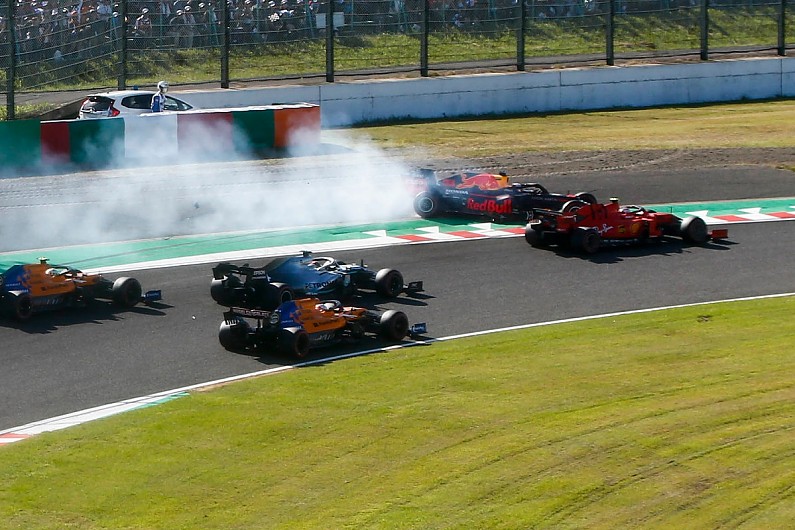