Sainz completed a single installation lap before making it back out on track with four seconds to spare at the end of the opening 90-minute practice session, after his McLaren team was forced to fix an ERS problem with his engine.

He completed 47 laps in FP2, ending the session just under a tenth away from the top 10, and was just 0.026 seconds shy of 12th-placed team-mate Lando Norris.

But Sainz reckoned he still lost "30, 40 laps" due to his FP1 non-start, and was wary the impact of that would be felt more in the weekend's remaining action.

"So that's never going to change the whole weekend, but hopefully with getting more comfortable in the car and my experience of previous years I managed to kind of recover that."

He added: "Obviously Monaco is the last place where you want to miss FP1 and stand still for an hour and a half, and watch the others get laps on you.

"The mechanics did a brilliant job to get me back out on track right at the end [of FP1] to get an installation lap.

"But those 30, 40 laps are going to hurt me further into the weekend. But hopefully I can recover them little-by-little."

Sainz admitted he and McLaren will have to do a "bit of guessing" to improve his set-up ahead of Saturday's running, owing to his lack of data from Thursday. 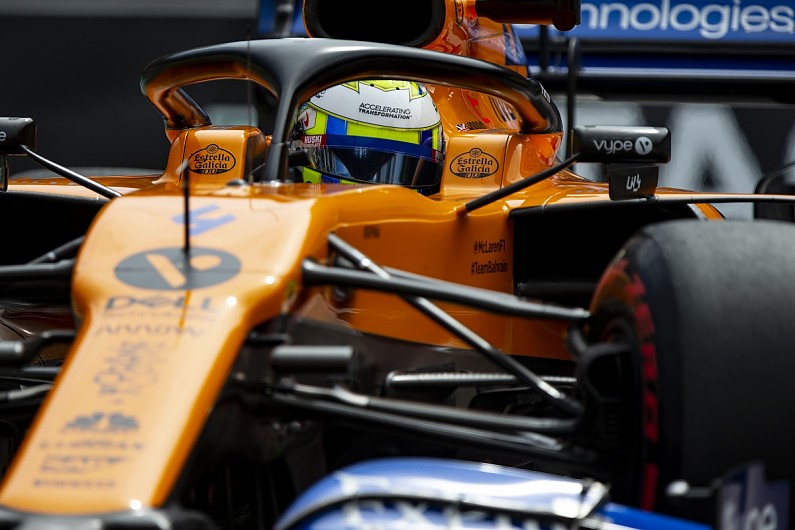 Norris also missed out on running during the afternoon session when he damaged the floor of his car over a kerb, which denied him a chance to carry out a high-fuel run.

Despite only completing 27 laps, he said missing out on long runs did not matter too much as "it's all about qualifying" in Monaco.

"I made a mistake and damaged the car a little bit, so I didn't manage to do a long run at all," said Norris.

"I just managed to do the short qualifying run. I don't know about the car on the long run, but here it's all about qualifying.

"So it's just trying to get the best qualifying car, and that will put you in a much better position than having a bad quali but a good race."