Kevin Magnussen says the pace of his Haas Formula 1 car in the Bahrain Grand Prix was "hopeless" and that he had no explanation for why it struggled for speed.

Magnussen missed out on beating Red Bull's Max Verstappen for fifth on the grid in qualifying as Haas looked to continue the strong pace it had shown in the season opener at Melbourne, where the Dane finished sixth and top of 'Class B'.

But in the race, a chance at points fell away as Magnussen fell down the order and struggled for grip on the way to a 13th place finish.

Magnussen said that the turnaround in speed from qualifying to the race on Sunday was a concern.

"The car just didn't have pace," he said. "We were just hopeless all the way from the beginning to the end.

"On the straights as well, so no chance to defend from anyone. It was just a pretty hopeless race.

"We were so good in qualifying so the car has to be good, but something wasn't right and we need to work really hard to try and understand what went wrong." 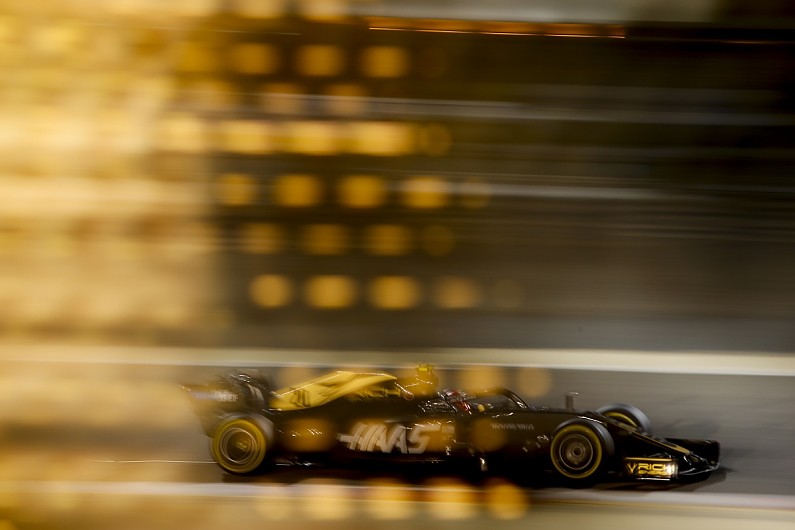 Magnussen added that it was "worrying" to have such a race, and that a lack of grip was his main problem.

"We clearly have a good car when we get it working, but it's pretty worrying to have a day like this," he said.

"I just had no grip. The car wasn't working, wasn't switched on. Sliding everywhere, locking up everywhere.

"Totally different car to what we had in qualifying, [it was] very strange.

"We were a little bit sceptical about our race pace. We saw our deficit to low fuel, but we didn't expect it to be as bad as this, it was just hopeless today.

"We need to try to understand what went wrong."

Magnussen said that its straightline speed problem was likely a result of Haas' high downforce car concept, which has the consequence of high drag.

"We knew we had a high-downforce package here so it's not such a big surprise, but we thought we'd be fast pace-wise.

"We're so slow and with the straightline speed it was impossible, just falling down every lap."