As reported by Autosport earlier this week, the reigning European Formula 3 champion was close to formalising becoming part of the Ferrari Driver Academy.

Ferrari has now confirmed Schumacher's FDA deal, and announced that he will be joined by fellow Formula 2 racers Callum Ilott and Giuliano Alesi, plus Marcus Armstrong, Robert Shwartzman, Enzo Fittipaldi and Gianluca Petecof.

New team principal of Ferrari, Mattia Binotto, was an engineer at the Maranello team when Michael Schumacher enjoyed his run of five straight titles from 2000 to 2004.

Binotto said: "For someone like me who has known him from birth, there's no doubt that welcoming Mick into Ferrari has a special emotional meaning.

"But we have chosen him for his talent and the human and professional qualities that have already distinguished him despite his young age."

Schumacher said he was "thrilled" to join Ferrari because of the family link as well as the team's success and history.

His father spent 11 seasons with the famous Italian manufacturer, joining them in 1996 before retiring for the first time at the end of the 2006 campaign. 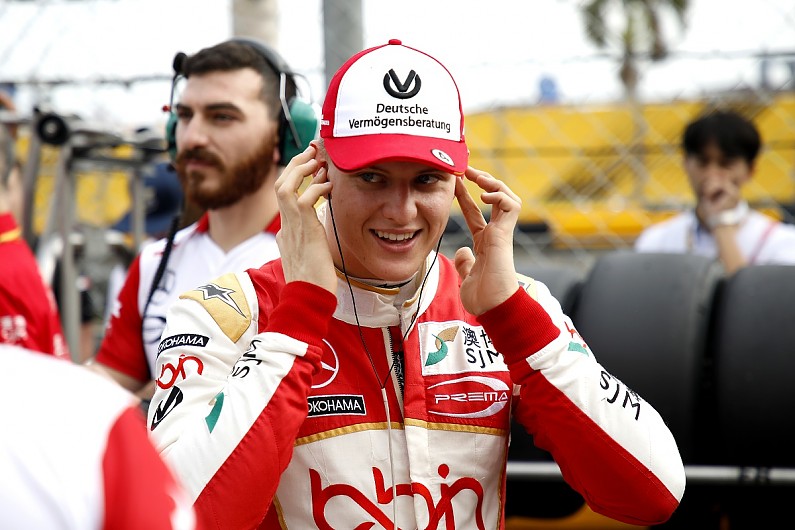 "It is more than obvious that Ferrari has a big place in my heart since I was born and also in the hearts of our family," said Schumacher.

"So I am delighted on a personal level about this opportunity as well."

The move will likely give Schumacher, who is preparing to race in Formula 2 this season, his first mileage in a contemporary F1 car during one of the in-season tests.

There are two two-day tests scheduled during the 2019 campaign, and two of those days must be completed by a driver who has not competed in more than two world championship F1 races in their career.

Ferrari leant on Antonio Giovinazzi to fulfil this criteria last year, but the Italian has moved into a full-time race seat with Sauber for 2019.

Schumacher could also be made available to customer teams Haas and Sauber.

Confirmation of the FDA's 2019 line-up means long-term juniors Antonio Fuoco and Guan Yu Zhou no longer feature on the programme.