Incoming Red Bull Formula 1 driver Pierre Gasly says he is not going to the team in 2019 to be "second driver" to Max Verstappen.

Red Bull junior Gasly made his full-time F1 debut in 2018 with Toro Rosso, having contested five races with the team at the end of the previous season, ending the campaign 15th overall with 29 points and a best finish of fourth in Bahrain.

The Frenchman has been promoted to Red Bull for 2019 as the replacement for Renault-bound Daniel Ricciardo, and will partner five-time Grand Prix winner Verstappen.

"For sure I'm going to be next to one of the best drivers on the grid at the moment and for me it's a great challenge," Gasly told Autosport.

"If I have the car to win then that's what I would love to do. And if I have a car which is only good for the top five, then that's going to be the target.

"But at the end of the day it was only my full first season in Formula 1 [in '18] and for sure I'm going to get better and better, season after season, because experience plays quite a big part.

"So I know that I didn't reach my full potential, but that's my only motivation and I'm fully dedicated to do everything I can to reach my best level as soon as possible." 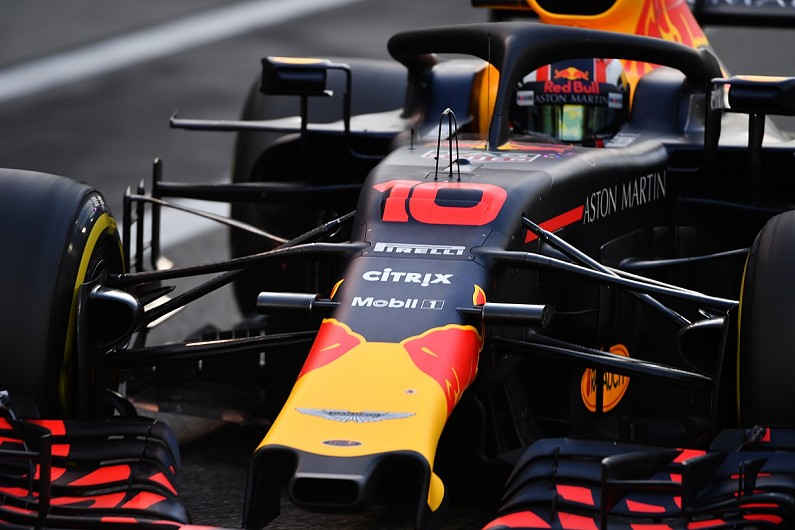 Gasly says he is "super excited" at the prospect of going up against Verstappen, but is wary he will need time to get accustomed to the "more English culture" of Red Bull.

Having entered F1 in late 2017 with Toro Rosso Gasly's only race experience in F1 comes with the Italian outfit.

"For sure I will probably need some time to get comfortable with the team, to get used with the car, with the people, the way of working," Gasly added.

"Coming from Toro Rosso to Red Bull is, as I say, different targets, different culture also, a more English culture in Red Bull.

"So this is the kind of things that take a bit of time, but for sure Max is one of the fastest guys at the moment in the paddock and for me I'm super excited to go alongside him because that's how you also raise your game.

"So I find it a really exciting time for myself and I'm really looking forward to starting, and we will see how I perform straight away.

"But for sure I will get better through the season and that's fair to say."