David Richards, the head of Britain's racing authority Motorsport UK, has been lobbying the British government over the country's impending exit from the European Union, and spoke with a trio of F1 teams last week on the issue.

A deal negotiated by May was rejected by MPs earlier this week by 230 votes, the largest defeat suffered by a government in the House of Commons since the First World War.

That has heightened concerns Britain could leave the EU on March 29 without a deal, which would mean, among other things, no agreed customs or trade arrangement with member states.

The teams' identities are being kept private but include one of the biggest on the grid.

Their shared concern is that regardless of the political argument in favour of Britain leaving the EU or remaining part of it, a no-deal Brexit needs to be avoided.

While no action has yet been taken, the teams believe that speaking collectively would be stronger than raising concerns individually.

They are worried about the impact a no-deal Brexit would have on their ability to move goods and people across borders in Europe.

There is also the matter of hiring staff from EU countries, particularly in manufacturing and shop-floor roles, as well as the cost of importing and exporting goods.

Richards says these issues could threaten the viability of teams having major bases in the UK, which has traditionally been an F1 stronghold. 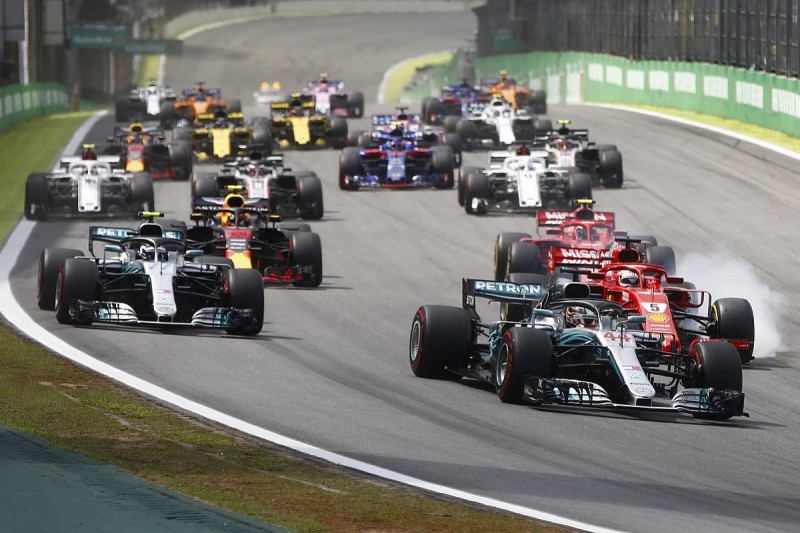 Seven of F1's 10 teams are based in Britain, while 45 of the 61 constructors' championships have been won by a team based in the UK - accounting for every title not won by Ferrari.

Richards said that one outcome could be teams having "satellite operations" in Europe.

"Something we should be so proud of is the top F1 teams and world champions based here," said Richards at last week's Autosport International Show.

"And we're going to make their lives difficult. We've got to make sure that doesn't happen."

The impact of Brexit on motorsport would likely extend beyond F1, including to companies that need to import or export goods, or the British competitors and championships that travel to races on the continent.

May is due to present a 'plan B', as a follow-up to her Commons defeat, next Monday.

She is locked in a stand-off with Labour leader Jeremy Corbyn, whose party is the official opposition to the government but will not engage in talks unless a no-deal Brexit is formally removed as an option - something May has declared "impossible".