Romain Grosjean is proud of his comeback against Haas Formula 1 team-mate Kevin Magnussen in 2018 and believes he did a "great job" to recover the way he did.

Grosjean failed to score points in any of the first eight races of the season, suffering a high-profile botched pitstop in Australia but also making major errors in Azerbaijan and Spain.

Magnussen scored 27 points in that same period, but Grosjean hit back with fourth place - Haas's best result in F1 - in Austria and then finished in the top 10 in seven of the next 12 grands prix.

Grosjean would have finished on 45 points, 11 fewer than Magnussen, but for disqualification from sixth place in the Italian Grand Prix.

"He scored a lot early in the year and I didn't score anything," Grosjean told Autosport.

"Then obviously there were the eight points of Monza that I've lost. It is not one or two, it is a big chunk, almost half of the [eventual 19-point] gap.

"So, if you look from Germany to now, I think I have maybe had an upper hand.

"Early in the year he did a really good job. He was fifth in Bahrain, that's 10 points, then he kept going and I kept having either issues or just making mistakes and didn't score points.

"Yes, the gap is big, [but] it was bigger initially, and I think I've done a great job, you know, coming back.

"Even in qualifying, because I was miles behind and I've done pretty well."

Grosjean won the qualifying battle 10-9 ending the year by starting ahead of Magnussen in four of the final five races.

The Frenchman, who was much maligned for the incidents that marred the start of his season, put his turnaround to "in my head, I just put things in the place they should have been".

"Of course, it was frustrating, it was annoying, it was hard," he said. "I was criticised a lot.

"But I knew that when things will go right, then everything would be settled, and then I will be back.

"There were a few mistakes, a few [instances of] bad luck, all in together. Mistakes that I shouldn't have done with my experience.

"In sport in general there is no middle. It is either good or bad, but the middle is never really an option." 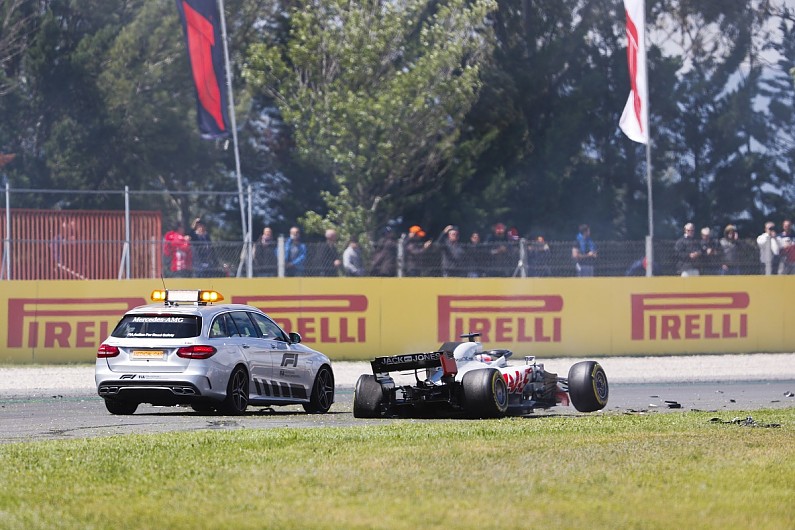