After another strong showing in qualifying at Sakhir at the weekend, Haas had high hopes it could add to its points tally from the Australian GP season opener on Sunday.

But an inability to switch on the tyres meant Kevin Magnussen tumbled down the order from his sixth place on the grid, while Romain Grosjean's race was wrecked thanks to a clash at the second corner with Lance Stroll.

Reflecting on the race, Steiner said there was no explanation for why the team's pace had disappeared.

"We have no idea what happened, so I actually should be more down," he explained.

"But I am not even upset, because I just... I am just amazed.

"You know? More amazed than upset, because after the qualifying we had, and then ending up with the race and not knowing why the pace just was lost overnight, it's so weird."

Steiner said the main positive Haas could take from the situation was that the team had Tuesday and Wednesday's test in Bahrain to try to get a better understanding of what the problem is.

"On the other side nobody overtook us in the points standings, so at least the damage wasn't too big," he added.

"By no means am I happy with the damage, but the damage isn't too big." 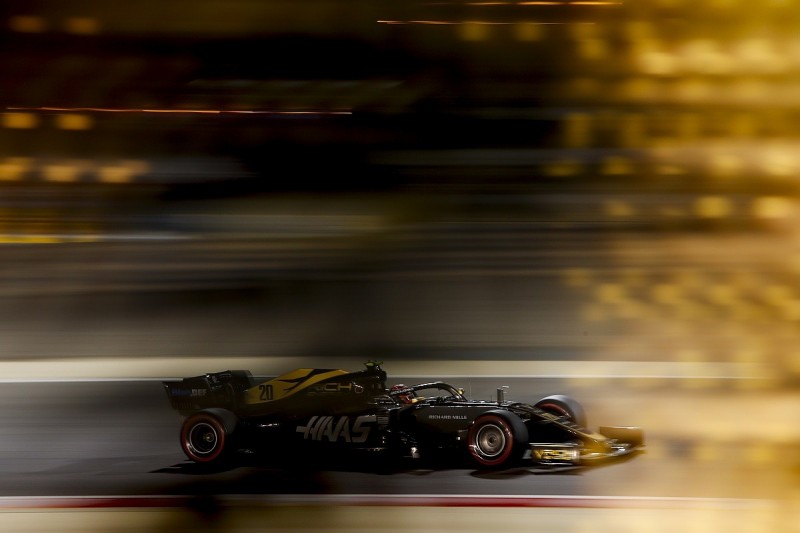 Steiner said Haas also needed to properly look in to why its top speed on the straights was not as good as its opposition.

"It seems to me as well that our straightline speed, we weren't shining," he explained. "But it's always difficult.

"With straightline speed you need to do analysis. On the first glimpse I was the same as Kevin, [who thought] it's slow.

"But with the DRS you need to do a proper study of who had DRS, who didn't have DRS, and when we were overtaking, when we were behind.

"You need to get the proper numbers before you can jump in to a conclusion. But I couldn't see us being the fastest on the straight."