Kvyat has been recalled into the fold to replace the Red Bull Racing-bound Pierre Gasly at Toro Rosso for the next year, but the team is yet to confirm who will take the second seat.

But while Hartley has insisted he has done enough against team-mate Gasly to warrant a 2019 drive, Red Bull has been exploring other options - and remains in negotiations with the Nissan Formula E squad over its preferred candidate Alex Albon.

Speaking ahead of the Mexican Grand Prix, Tost suggested Red Bull would wait until the end of the current F1 campaign - which concludes in late November - before firming up the Toro Rosso 2019 roster.

"You have to finish the season to get a clear picture," Tost said.

"In December Red Bull will decide the driver line-up of Toro Rosso." 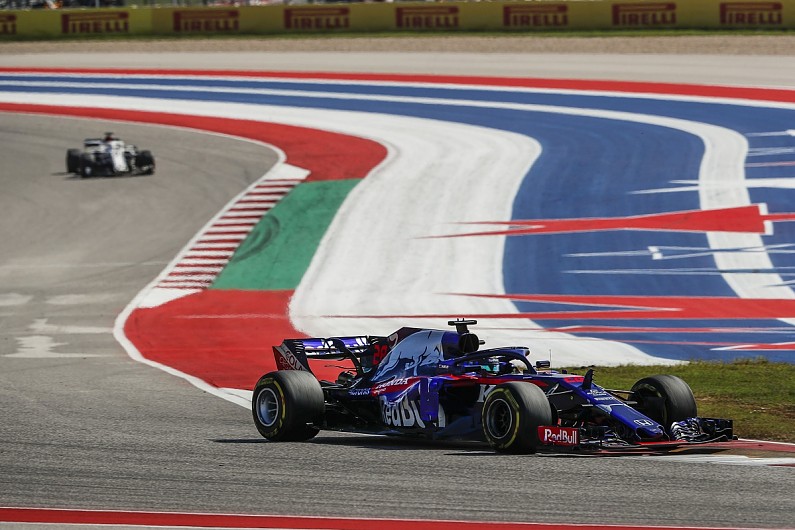 Red Bull motorsport advisor Helmut Marko stated last month that Hartley needed to be beating Gasly to be retained - and while the Kiwi did just that in the US GP, Tost stressed he had to build on that result.

"He showed a good race in Austin but nevertheless if you look to the results he has four points, Pierre has 28 points," Tost said.

"It means he has to improve his performance if he wants to stay in the team."

Asked for an update on the negotiations over Formula 2 frontrunner Albon, Tost confirmed they were still ongoing before saying: "Negotiations are confidential. I can't give you any details about this."